Short story: God and the Devil watching the average life of John Smith

I have been searching for a story I read about God and the Devil watching the average life of a charcter, John Smith, and seeing if he sins or not. I remember something about John Smith lying to his wife, taking the secretary to lunch and some other events like that.Please help, I've searched for years!

The story is "The Contest" by Robert J. Sawyer--God ("the leader of the Party in Power") and the devil choose the most average human they can find and stake everything on the outcome of his life in order to avoid having to fight it out over every single soul.

"It's getting too much for me," said the leader of the Party in Power, his voice thundering through the skies. "I propose a simple contest, winner take all."

They settle on John Smith:

John Smith was, of course, the perfect choice. He was of average height, average weight, of average intellect and income. Even his name was average.

Who lies to his wife:

Returning to his office ten minutes late, Smith settled to his work. His secretary buzzed him to say his wife was on the phone. "Tell her I'm in a meeting," Smith commanded. "Three zip," said D.

And takes his secretary to lunch, after which he leaves a generous tip:

"Not so fast," interposed the leader of the Opposition, D. "Look into his mind for his motive. The magnitude of his tip is intended to impress the buxom secretary he is dining with. His wife, I suspect, would not approve. The point is mine."

The story has been published in Iterations, a collection of Sawyer's short fiction, but I first read it in 100 Great Fantasy Short Short Stories, edited by Asimov, Carr, and Greenberg.

It almost sounds like "The Screwtape Letters", by C. S. Lewis. Although God isn't one of the characters seen (it's written as a correspondence between an elder and younger demon) it is about observing and influencing an ordinary man into committing sins. 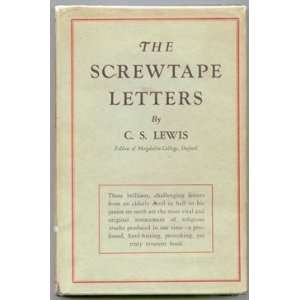 You can read the full text here

3
God and the devil make a bet

18
looking for a short story about a college/high school kid who lives billion of years and witnesses the end of the universe
5
looking for book 1990s about good vs evil and point of view affecting those labels
15
Short story where a man's life is calculated by a computer
18
Older short story where man is convinced by God to take his (God's) place?
7
Short Science Fiction story similar to "Story of Your Life"
29
Short story where God has died, and the Devil offers to keep Heaven "in business"?
38
Searching for a particular "pact with the devil" story where waiting for your lawyers to vet the fine print still doesn't help