Does Peter Parker regain his body again in Superior Spider-Man?

I just started reading the Superior Spider-Man comics and I am not up to date with the latest issues.

I was wondering if Peter Parker ever regains his body, or does Doctor Octopus take his body forever?

You can read major spoilers here on the Superior Spider-Man

The answer is "Not yet".
You can read the whole synopsis but to try to elaborate:

The Goblin King finds all the evidence that Otto Octavius is actually in Peter's body so things should begin unraveling for Octavius soon.
And death is one of the most ephemeral aspects of comics, so Peter will be back at some point, the only question is how.
Prior to the Goblin King's discovery, Octavius also discovered a remnant of Peter's personality subtly influencing him, so Otto used a device to purge the last of Peter from his body.
So, it remains to be seen how Peter is going to come back from this... however, it was also revealed that Otto's tomb was empty. Now, I'm speculating but maybe Peter will come back after he "wakes up" in Otto's body.

UPDATE:
Writer Dan Slott has just announced that Peter Parker will return in April of 2014.
We still don't know how he will return though...

Spoiler and disclaimers: these are comics. The thresholds for death and staying dead are pretty easy for long-term established characters. Marvel's ability to keep a character dead is pretty spotty at best (if for no other reason than to keep their copyrights to the character active...)

With that said, it is hinted that Peter Parker may be returning. In Superior Spider-Man #19 Doctor Octopus is rifling Peter's remaining memories and appears to be giving Peter a chance to return to life! Here's the scene: 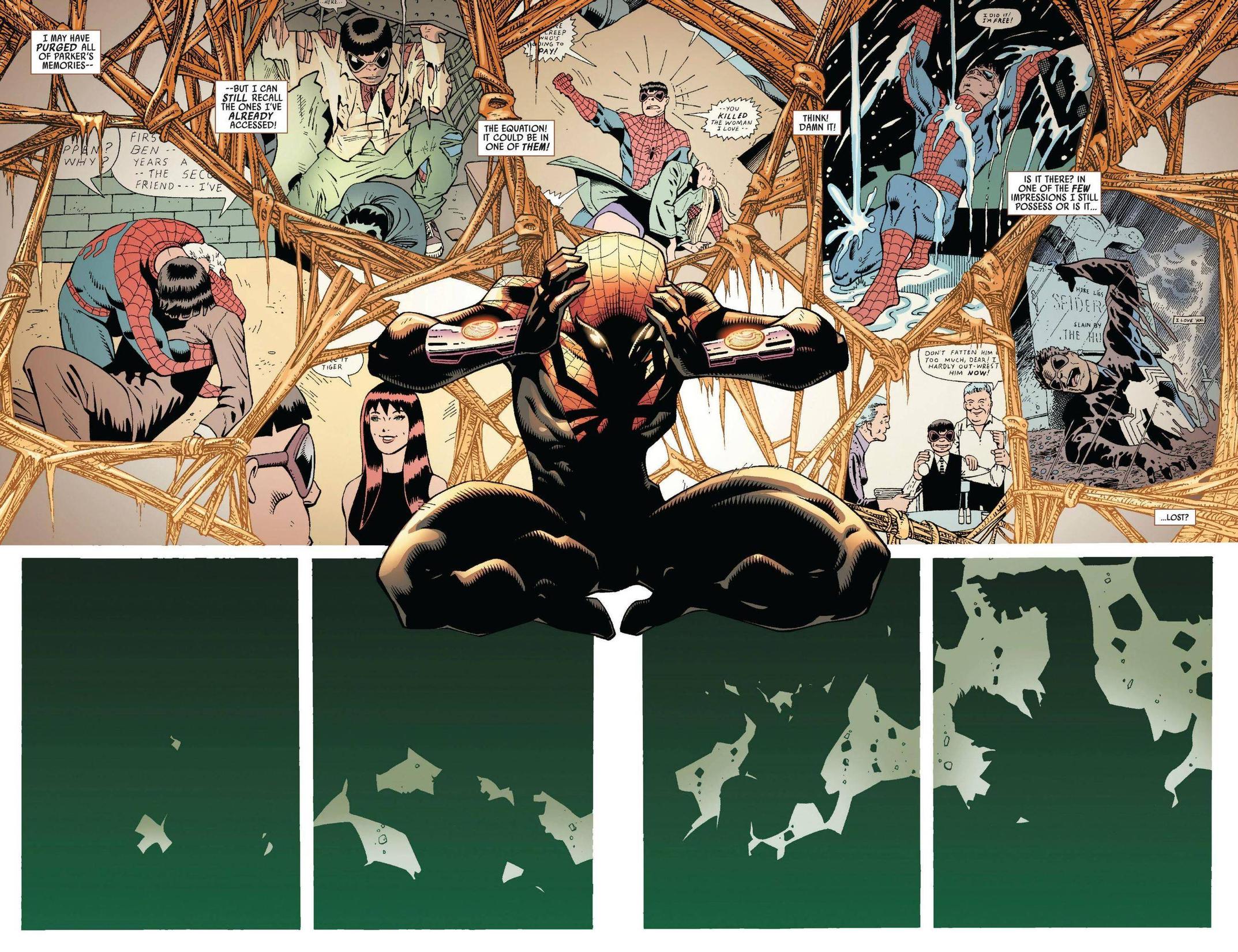 Otto overwrites his own mind with Peter's, effectively sacrificing himself to allow Peter to save Anna Maria.

Otto returns as the Superior Octopus.

Also spiderman 2099 frees him and returns doc oc to his body and peter becomes superior spiderman again from the help of the future.