Going through and watching Voyager again, I'm noticing a difference in pips for the officers of similar ranks. For instance, Torres and Carey are both lieutenants, yet they have different pips. At first, I thought it was because Torres was Chief Engineer. However, she had the different pips BEFORE that promotion. 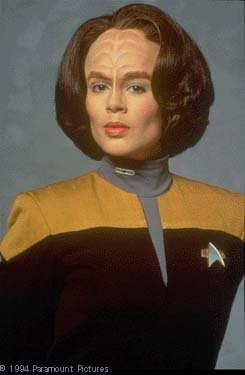 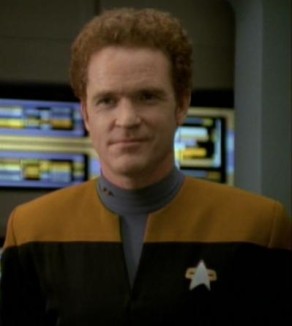 Also noticing, Chakotay has a different insignia than the regular commander pips: 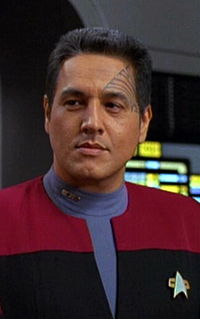 Chakotay, Torres, and the rest of the Voyager's Maquis population held provisional ranks (which the alternate pips denote) while serving on Voyager, as they weren't actual Starfleet officers when they boarded the ship and Janeway (apparently) didn't have the authority to make them full officers.

Paris had been part of the Maquis but wasn't considered welcome any longer after he was captured and served time in the Federation Penal Colony in New Zealand. The Maquis under Chakotay's command on the Val Jean were given permission to wear their rank insignia in a tribute to their cause.

Not the answer you're looking for? Browse other questions tagged star-trek star-trek-voyager starfleet-rank star-trek-insignias or ask your own question.

43
Why does Tom Paris get Starfleet rank, but the Maquis get provisional rank?

5
Why do Worf and Geordie have different ranking pips when they’re both Lieutenants?
5
Why does Chakotay wear apparent lieutenant commander's insignia?
5
Why are the Borg different in Voyager and TNG?
6
Do Tuvok and Neelix have Tuvix's memories?
10
When did Tom Paris and B'elanna Torres get married?
10
Why was Dr. Bashir a lieutenant instead of an ensign?
6
Why did Admiral Paris' pips change between episodes?
16
Why did Captain Janeway feel that using the Doctor as an expendable messenger boy was more important than keeping him around to heal the crew?
23
Why didn't B'Elanna Torres have her cranial ridges removed?
3
Why are there different levels of security and analysis in Star Trek?