Can the Abomination change back and forth?

Can Emil Blonsky change back and forth between himself and the Abomination, like the Hulk? Is it on demand?

Also, seems the top dogs wanted him to be part of the Avengers, how do Shield stop him escaping whilst they have him in custody?

Historically, no. Blonsky was unable to transform himself back into a normal human. This was one of the tragic aspects of the character. When he was conceived by Stan Lee and Gil Kane, the idea was a character who had twice the power of the Hulk and maintained his mental faculties, to boot. In his first outing against the Hulk, The Abomination defeats the Hulk soundly. 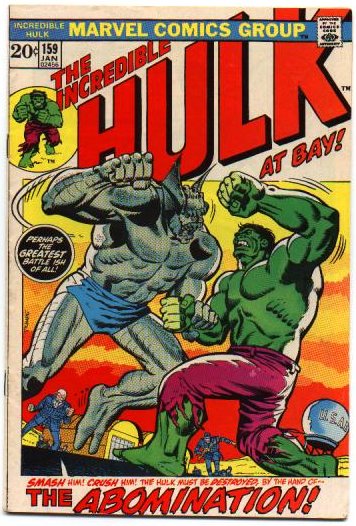 Emil Blonsky's transformation into the Abomination was a relatively permanent event. He was physically more powerful than a rest state Hulk and his physical abilities had few equals on the planet.

However, he lacked the rage power increase that the Hulk possessed, allowing the Hulk the upper hand in most confrontations that lasted longer than a few minutes.

The character has had a variety of incarnations and roles in the Marvel Universe serving as a master spy and member of the KGB, working with General Thaddeus "Thunderbolt" Ross fighting the Hulk, as a member of Advanced Idea Mechanics working with and being killed by M.O.D.O.K. He was resurrected by Mephisto and increased in his powers by the Japanese demonic-deity Amatsu-Mikaboshi.

As for his capture and holding, the Abomination has been held in the Vault, a famous and now defunct prison for supervillains. He was usually sedated, since he still needs to breathe and held in adamantium bonds which were positioned to prevent him from using leverage to bring his fantastic strength to bear on them. He has also been held in antigravity fields preventing him from using his strength to his advantage.

Given the technical capacities of S.H.I.E.L.D, as well as their relationship with the United States government, the capacities of the Vault and other super-prison facilities (such as Project Pegasus) are well within their ability to replicate effectively neutralizing supervillains in their custody.

Emil Blonsky was a special-ops operative of the British Army until he joined the Hulkbusters under General Ross. He is injected with a small dose of the mothballed original Super Soldier Serum and later gets injected with Bruce Banner's blood causing him to transform into the Hulk-sized Abomination. He lacked the ability to retake his human form. His strength, speed, stamina and durability equaled or exceeded the Hulk's.

In the comics, the Abomination is incapable of transforming back into Blonsky. However, it is unknown whether or not this is the case in the Marvel Cinematic Universe since he has not been seen since The Incredible Hulk, only mentioned. Director Louis Leterrier had originally intended there to be a post-credits scene in The Incredible Hulk showing Blonsky, human once more, imprisoned and chained in a containment box, but this was ultimately not filmed.

10
If mutants can travel in time, why do they not change more events?
45
Why didn't Tony Stark ask Thor to charge his suit with lightning?
11
How does Zola end up like this in The Winter Soldier?
24
What did the Scarlet Witch show the Hulk/Bruce Banner?
6
Why did the Ultron bots flee?
44
How did Thanos beat Hulk so easily?