How could the matter converter in Tron Legacy generate an army

E=MC2 is a physical law, matter and energy are linked. Theoretically it would be possible to convert a significant amount of energy into matter, like reverse nuclear fusion.

How would the matter converter in Tron Legacy generate an army if CLU's plan was a success without an infinite amount of energy?

Assuming the "device" is a perfect converter between energy and matter, you would need around 70,000,000,000 Megajoules of energy to create sufficient mass to generate a human from pure energy.

Since the output of the average nuclear reactor is around 22 Megajoules per minute you would need it to run continually for approximately 6000 years to generate the amount of energy required.

CLU isn't able to create new programs, only repurpose/militarize programs that are already in existence. Even if that weren't the case, the size of his army would presumably be limited by the amount of memory available to the grid. Since he has a finite number of programs to work with, there doesn't need to be a source of infinite energy to transport them off the grid and into the world.

As for where the energy comes from - as Binary Worrier alluded to, the digital version of an individual/program on the grid should capture everything about them, such that all information is conserved. The energy cost of moving an individual into the world from the grid would therefore be met by removing their presence from the grid, and vice versa.

The matter converter would definitely have failed to generate that amounts of matter. The matter digitizer/de-digitizer can only perform the operation on small amounts of data/material. It entirely depends on the amount of power it can suck up from it's electrical supplies. To generate an army that size it would probably require an entire nuclear reactor hooked up to the matter converter.

I'm not sure if you could call the SHV 20905, which is what I think you are referring to, a matter converter.

In the TRON script (and movie), Walter Gibbs explains the process of Digitization as working like this:

Not disintegrating, Alan -- digitizing. While the laser is dismantling the molecular structure of the object, the computer maps out a holographic model of it. The molecules themselves are suspended in the laser beam. Then the computer reads the model back out, the molecules go back into place, and... voila.

The following assumes that the laser located in the basement of Flynn's arcade is the same or functions the same as the one in the original TRON film.

The molecules being "suspended" in the laser beam would mean that when a person is digitized, the matter that comprises them isn't converted into energy. and vice versa. Instead, when a person is un-digitized, the molecules that are already suspended in the laser are what is used to reconstruct the person. If the matter was created using energy, there would be no reason to "store" their atoms.

Obviously this doesn't make much sense, since this means that the entire mass of the user would have to be suspended in the laser, and I'm not sure if matter can be held up against the force of gravity by light alone. Also, the molecules would have to be compacted to physically fit inside the beam of light projected by the laser, which sounds very complicated.

The convenient way to make sense of this is to say that the laser operates on some technology we don't yet have or understand, or that this aspect of the story wasn't completely thought out by Lisberger. 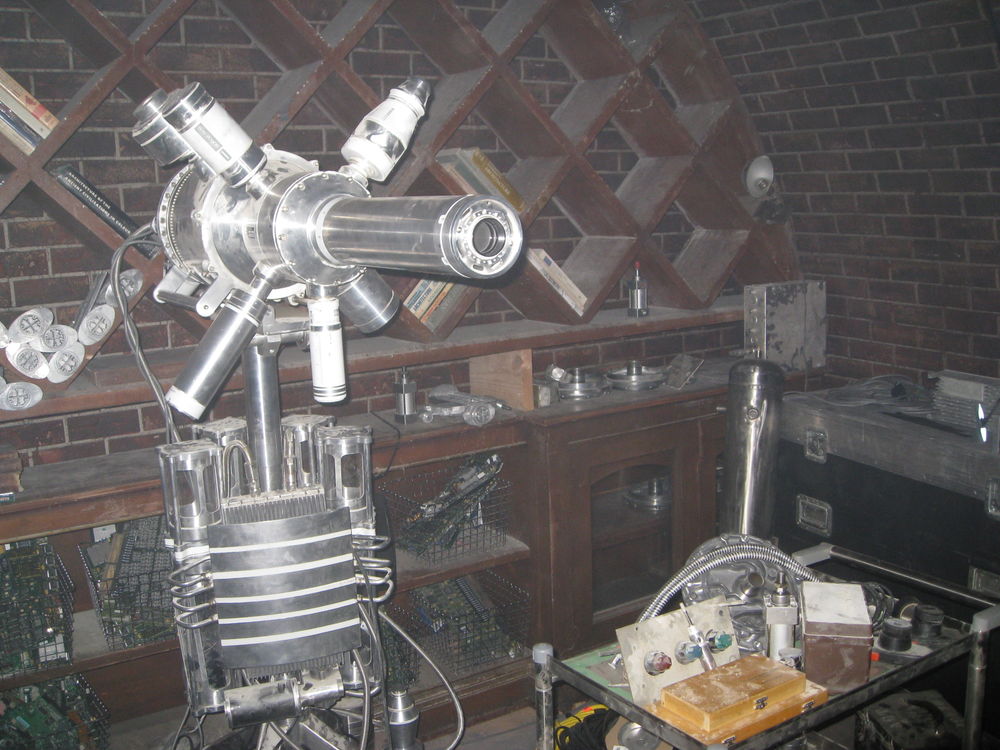 Not the answer you're looking for? Browse other questions tagged physics tron-legacy or ask your own question.

6
How can a program physically leave the Grid in Tron: Legacy?