When/How did Wolverine learn about his past?

After a decade-ish hiatus from reading comics, I've recently started reading again. (Marvel Unlimited was the greatest birthday gift ever!)

Before stopping, one of the last arcs I had read was the Origin story of Wolverine. At the time, Wolverine had no current memory of any of the events and had no idea of his real name.

Cut to today. In one of the recent issues, one of the other X-Men referred to Wolverine as "James" (I believe it was in one of the early issues of Wolverine & The X-Men). More recently, Wolverine's brother, has shown up. Wolverine seems to know everything Dog is talking about, indicating that he has many, if not all of his memories of the Origin events.

When/How did Wolverine learn about his past or recover these missing memories?

From the Wolverine Wikipedia entry:

After the miniseries House of M, Wolverine regains his memories and prepares to seek out and enact vengeance on those who wronged him. In Wolverine: Origins, the character's second solo series, Wolverine discovers that he has a son named Daken, who has been brainwashed and made a living weapon by the villain Romulus, the man behind Wolverine's own brainwashing. Wolverine then makes it his mission to rescue Daken and stop Romulus from manipulating or harming anyone again. 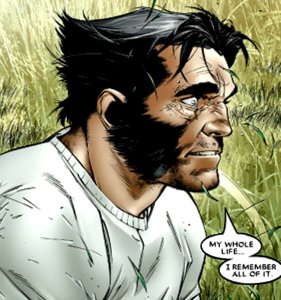 Specifically Wolverine recalls this in House of M #8. From House of M synopsis excerpt:

At the Xavier Institute for Higher Learning, most of the students lose their mutant abilities. Emma Frost scans the whole world with Cerebro for mutant activity. She learns the number of mutants in the world has dropped from millions to a few hundred. Meanwhile, Wolverine awakens remembering everything about his past.

The Uncanny X-Men website has a much more detailed description of events, such as how Wolverine woke with his memories.

While everyone else's memories were reorganized by Wanda's power, however, Wolverine's were not. Just the opposite, Logan's mind was now free -- he could fully remember his entire past, without any memory implants distorting his own history. Waking up suddenly on board the Helicarrier with no idea how he got there or what had happened since arriving in Genosha, Logan panicked and took a swan dive off the airship to the waiting streets below. 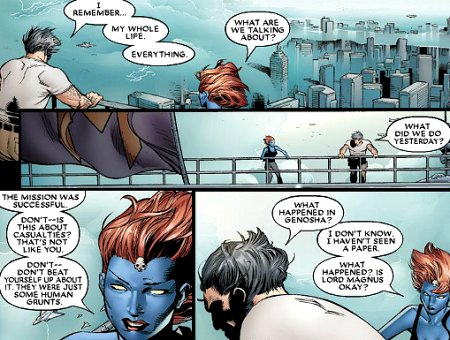 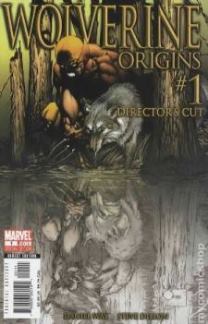 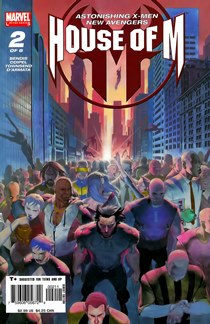 NOTE: Spoilers are contained in the links below, so "click" at your own risk.

The Long Answer is - Quicksilver realizes that due to her unstable powers causing the death of several Avengers — including The Vision (her ex-husband), Ant-Man and Hawkeye — in the storyline Dis-Assembled the Avengers and the X-Men seriously contemplate killing The Scarlet Witch.

Quicksilver, her brother, convinces The Witch to use her powers to create a world where everyone has their heart's desire fulfilled. This results in a world ruled by Magneto and one where the entire Maximoff family is together, also known as the House of M.

When Magneto discovers what his son Quicksilver has done, he murders him only for Wanda to resurrect him and denounce her father. As a result, Wanda uses her powers to depower 90% of the mutant population, with the proclamation "No More Mutants"

During the Wolverine tie-in issues of House we find that thanks to Wanda's reality alteration powers Logan had regained ALL his memories. 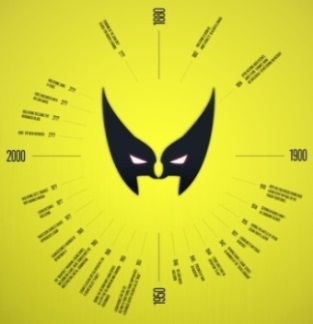 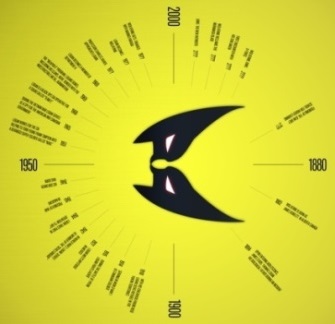 The House of M Aftermath arc finds those restored memories are still intact and James "Logan" Howlett prepares to get back at those who had wronged him. The story Origins & Endings (issues 36-40 of Wolverine Vol 3) and the regular series Wolverine: Origins follows this quest and Wolvie's battle against the man responsible for his brainwashing.

After the House of M event ended and everyone was returned to the 616 reality, Logan had ALL of his memories - his original true memories, his fake Weapon X memories, AND the House of M memories, all layered on top of each other. It was never explained exactly how or why, but it is assumed to be a by-product of when Wanda "restored" everyone.

Originally, my theory was that Layla was a manifestation of Logan's mind - something akin to his mental "immune system" resisting the new 'House of M' reality. This would explain why no one knew about her before, why Emma Frost couldn't explain her ability (even though it appeared to be psychic), why Layla didn't exist in the 616 reality, and how Wolverine could then remember both realities clearly afterwards.

But, of course... that theory was shot down by Marvel when they later introduced her in 616 as a mutant who "knows things". Sheesh.

Not the answer you're looking for? Browse other questions tagged comics marvel x-men wolverine or ask your own question.

71
How to kill Wolverine?
20
When Wolverine regenerates, how does his hair know when to stop growing?
5
What mental troubles did Forge have, and why didn't he go with the X-Men?
15
Was Xavier's surprise at Magneto's helmet ever retconned?
20
Can Wolverine build muscle mass?
4
When did Weapon X give Wolverine his adamantium?
35
Pre-1993 comic in which Wolverine's claws were turned to rubber?
9
Can cold adamantium cut through adamantium?