Can there be multiple Jack Harknesses?

In Torchwood Season 3 aka Children Of Earth Day 2 we see that Jack "spawns" from his remains namely an arm, a shoulder and the remains of a head.(After being blown up by a bomb in his stomach) Now, if these remnants were kept separate would each part grow into a new Jack Harkness?

No. Captain Jack Harkness' ability to return from a death-like state is not a biological process similar to Wolverine's regenerative ability. 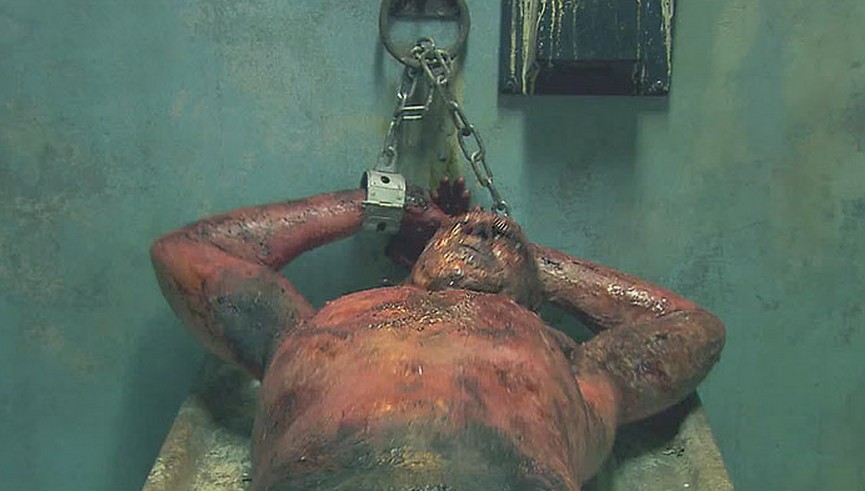 Jack chained up, after the effect of the explosion inside him. (TV: Children of Earth: Day Two)

Not the answer you're looking for? Browse other questions tagged torchwood jack-harkness or ask your own question.

46
Out of two organic lumps of Wolverine, what decides which one would regenerate to full Wolverine?