I must have read this book around 1991 and even then it looked pretty old, so I believe that it was from the 70's.

It was slightly over-sized with a mostly black cover featuring some nice 70's era sci-fi illustration. I believe the cover depicted scenes from the various stories inside the book, but the main image was of men in spacesuits firing laser guns at these crystal crab shaped aliens.

I think the stories were all by the same author, although I'm not 100% sure anymore.

The book contained a handful of short stories, each one featured at least one full-size black and white illustration.

The stories. I only remember two of them.

1) Spacemen land on an alien planet and are attacked by the crystal crab aliens depicted on the cover.

2) A young boy somehow comes into contact with a bird creature. He spends the remainder of the story trying to get away from it / get rid of it. At the end he either destroys it or banishes it to another dimension, however he can still hear its voice in his room.

I believe the majority of the stories had a very Twilight Zone feel to them, with twist endings that were pretty dark.

I'm hoping that someone else remembers this collection. It's continued to pop into my mind for the last 20 years, so obviously it made quite an impression on me. 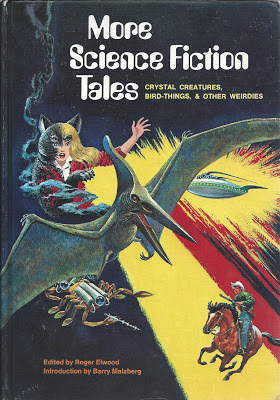 According to the blurb, there's a couple of stories that resemble what you've mentioned;

In Hide and Seek (Mario Martin Jr.), a boy looking for a fallen meteor encounters a friendly crashed alien who helps him defend the Earth from some not-so-friendly crab-like invaders.

In A Hole In Jennifer's Room (Brian T. LoMedico) Fourth-grader Jennifer is awakened one evening by a glowing orb that materializes out of her bedroom wall. A creature that she describes as resembling a large chicken embryo emerges from the lit portal and begins stalking around her bedroom. 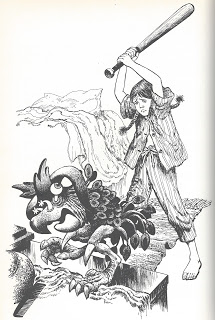