Thirteen Doctors encapsulated Gallifrey in The Day of the Doctor. But in The Time of the Doctor it mentioned 13 prior to his regeneration at the end of the episode. I count 12: #11 plus the War Doctor.

Where is the 13th Doctor?

The thirteen Doctors/TARDISes in Day of the Doctor don't map to the twelve regenerations that Eleven counts out in Time of the Doctor.

The Twelfth Doctor makes an appearance in The Day of the Doctor.

Peter Capaldi's eyebrows have a cameo ("No, sir: all thirteen!") in The Day of the Doctor. 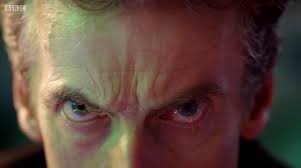 So we get to see the First, Second, Third, Fourth, Fifth, Sixth, Seventh, Eighth, Warth, Ninth, Tenth, Eleventh, and Twelfth Doctors whizzing about in their TARDISes.

But The Time of the Doctor isn't counting Doctors; it's counting regenerations.

The Tenth Doctor was forced to regenerate in The Stolen Earth and Journey's End, but he used a trick to create the Meta-Crisis Doctor and keep his own face ("I had vanity issues"). 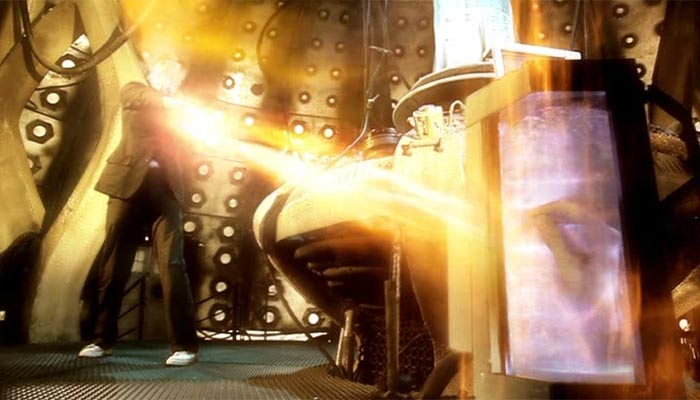 This counts as a regeneration (but not a new Doctor) because it used up one of the packets of bio-energy Time Lords use to power their regenerations. The Meta-Crisis Doctor is largely human, doesn't have his own TARDIS to buzz around in (deleted scene debates notwithstanding), and is stuck in an alternate universe, so he doesn't count and didn't get invited to the saving-Gallifrey party.

Capaldi's Doctor doesn't get included in this regeneration count because at the time he hadn't happened yet.

Now the reason they say all thirteen is because the Timelords on Gallifrey did not know that Tennant's doctor had used up a regeneration to stay the same so they would assume that the last doctor to show up, aka Capaldi, was the regeneration of Matt Smith using a new regeneration cycle.

Quote from the Moffat himself:

Matt Smith was confirmed to be the final incarnation of the Doctor in his original regeneration cycle. The War Doctor counts as one regeneration. The energy used by Tennant in Journey's End was a waste of a regeneration and counts. As Smith's Doctor says in Time of the Doctor. Of course, now things are even more complicated with Jodie Whittaker's recent series finale The Timeless Children where it is revealed the Doctor has infinite regenerations and is not originally from Gallifrey at all. The Doctor was found on another world as a young girl and her DNA was used by a greedy gallifreyan who not only passed on this ability to others on Gallifrey, but erased all memory of the past regenerations prior to William Hartnell. This woman also tortured the Doctor and made her regenerate many times to discover the secret of regeneration. I don't buy this though. Matt is the final incarnation for the reasons I and others have given here.

9
Was the regeneration limit canon before The Time of the Doctor?