Do we ever see Worf drink prune juice again?

(Yesterday's Enterprise) The prune juice scene is such a classic TNG moment. It would seem that it would become a part of Worf forever, but I can't remember ever seeing him drink prune juice again. Did he?

He is initially introduced to the drink by Guinan in the TNG episode 'Yesterday's Enterprise'.

His love of prune juice is also mentioned by other characters in two episodes; TNG 'Family' and DS9 'Rules of Engagement' 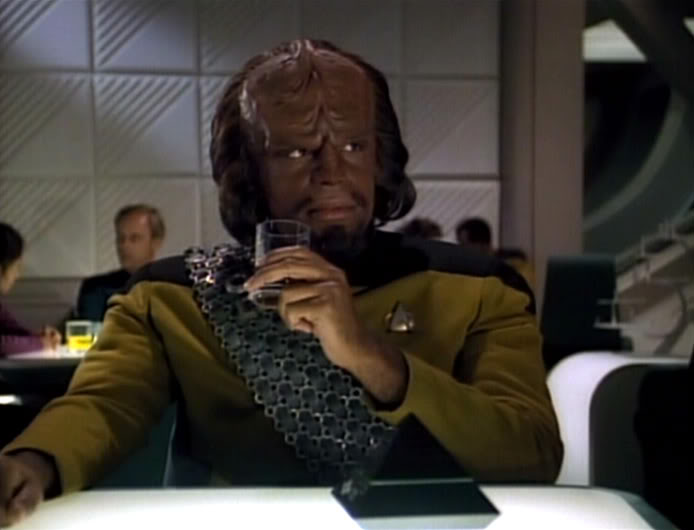 4
Why does Worf have such short hair to begin with?
6
In "Cause and Effect", how did Worf know to go with Data's suggestion?
15
Is Worf still an ambassador?
18
Why is Worf always called by one name?
6
Why didn't the Enterprise disappear in the Star Trek movie First Contact when the Borg traveled back in time?
16
Why did Riker and Worf not react to learning about Lore in Descent Part 2
3
Why would Worf take part in a dishonourable scheme?
1
What causes Worf and Data to act strangely?