Why does Rogue say she is "half-alien?

I'm familiar with many of the basic X-Men characters, although mostly from movies, TV, and video games, rather than the X-Men comics themselves (although I've read a handful).

On the last page of the reprinting of The Uncanny X-Men #172, Rogue insists on joining Wolverine.

When Wolverine asks about the poison (Viper had just poisoned all of the X-Men in Japan including Logan and Rogue, with only Storm avoiding it). Rogue responds by saying:

Ah'm half-alien, remember? It wasn't so effective on me.

What does she mean by this? I thought Rogue's parents were hippies.

Rogue's statement that she was half-alien was indeed a reference to the Kree genetic traits she absorbed from Carol Danvers when she completely and permanently absorbed Danver's power set in Avengers Annual 10 (November 1981, Marvel Comics).

In the case of Danver's powers, they were part of a transformation and absorption of Kree-DNA and would have been necessary for Rogue to replicate in order to utilize Danver's Kree powers. In the past, Rogue's powers were triggered by touch and without a conscious control of those abilities. In modern depictions, she is able to take on the powers of anyone she has ever imprinted their abilities within her mutable DNA.

Rogue's absorption of an entity's powers can include physical transformations such as the Osmium skin of Colossus, the bone claws of Wolverine or the shadow-cloaking abilities of Nightcrawler. 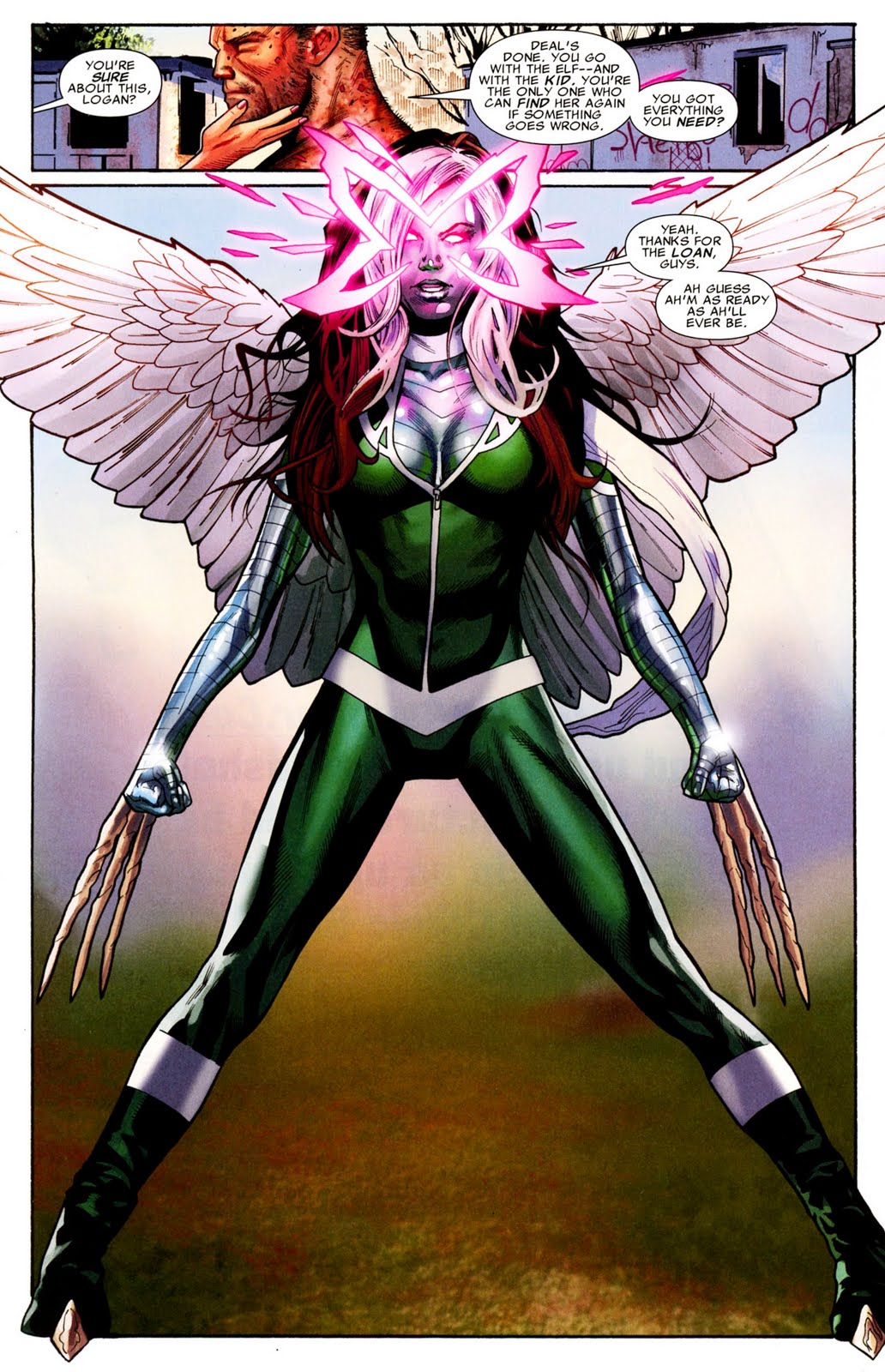 When she utilizes the physical attributes of a being, she will often take on the physical characteristics of the being whose powers she is using. In the following image, she is utilizing an imprint of the Hulk she acquired in the past and becomes large and green in the process. 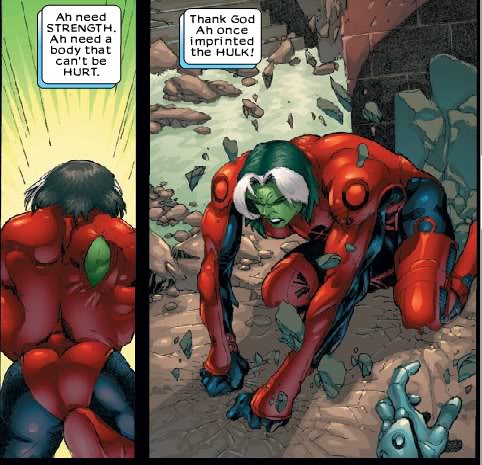 Not the answer you're looking for? Browse other questions tagged marvel x-men rogue or ask your own question.

16
Why doesn't Rogue have super strength and the ability to fly?
10
Does Rogue absorb only mutant powers of those she touches?
7
Where does Rogue get her name in the X-Men movies?
2
What did Dr. Strange say to scare Red She-Hulk?
12
Does Rogue ever take advantage of the removable power suppression we see?
24
If Rogue absorbs Magneto's power then why can't she escape?
3
Does Rogue absorb skills?
27
How does Rogue from the X-Men fly?