The argument of regenerations [closed]

I've seen a lot of discussions about the number of times The Doctor can regenerate...but one thing every one assumes is that we have seen each and every regeneration. We've seen how the writers can quietly insert a new regeneration (the War Doctor) but the fact is the doctor himself tells a companion (I can't at the moment remember who) that he has been a father AND a mother. So since we have not seen the female doctor we have not seen each regeneration, hence he is already more than 12.

There is no on-screen reference to the Doctor being a woman.

The Doctor's never made reference to being a mother, or a woman at all. To being "a father and a grandfather," yes.

Since the Doctor always being a white male has been a point of contention for some fans, even the slightest hint that he ever had a female regeneration would be big news, and remarked upon at length. Such a hint has never been given.

The only Time Lord we know of who changed gender was the Corsair, and on-screen it's only implied that this was a regeneration thing (off-screen materials confirm it, but off-screen material is always of dubious canonicity).

Eleven gave a full, unambiguous invoice of his regenerations in Day of the Doctor.

His count is remarkably consistent (for a show that has never been very worried about consistency) with other on-screen information about his regenerations. He had twelve regenerations, and we've seen all of them on screen. Any additional regenerations would have to be explained twice over: how he got extra regenerations to play with, and why he didn't mention them before.

Multiple Doctors across every era have affirmed the on-screen count of regenerations. Although a single scene from The Brain of Morbius implies that the Doctor may have had other regenerations, it could be interpreted other ways and the "extra regenerations" interpretation is firmly denied by many other scenes and statements. None of the "Morbius faces" were women anyway: 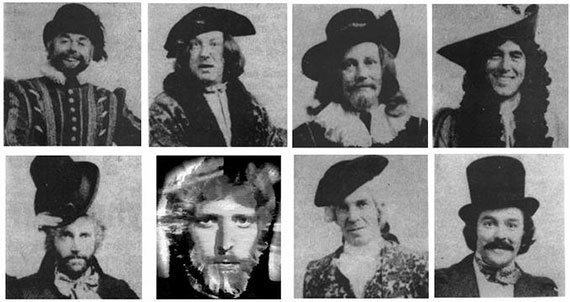 If we were to go looking for spaces in which to place regenerations that the Doctor left out of his thorough counting in Day of the Doctor, there are only three spots we could possibly shoehorn them in: Prior to the First Doctor, between the Second and Third Doctors, and between the War Doctor and the Ninth Doctor. We've seen the full unambiguous regeneration transition of every other Doctor on screen.

26
Are we sure about the regeneration order of the Doctor?