Why didn’t the Holy Grail give Indiana Jones eternal life?

In Indiana Jones and the Last Crusade, Indy manages to save Dr. Jones Snr. by choosing the correct cup.

The Knight that has been guarding the cup of Christ, which if memory serves, is around 900 years old?

So, both Indy and Dr. Jones Snr. drink from the cup before it is lost but in the last instalment of Indiana Jones, you can see that Indy has aged, and unfortunately his father has passed on.

So, if they drank from the cup of eternal life, why has Indy aged and his father passed on?

This is actually covered pretty nicely in the movie script;

Indy: I've heard this one as well. Two of these brothers walked out of the desert one hundred and fifty years after having found the Grail and began the long journey back to france. But only one of them made it. And before dying of extreme old age, he supposedly imparted his tale to a-to a franciscan friar, I think.

Indy goes to the well and fills the earthenware jug with water, then pauses. Indy brings the jug to his lips and takes several large swallows. A strange sensation overcomes him, a feeling of peace and contentment... and we see his wounds begin to heal.

Knight: You have chosen wisely. But the Grail cannot pass beyond the great seal. That is the boundary and the price of immortality. 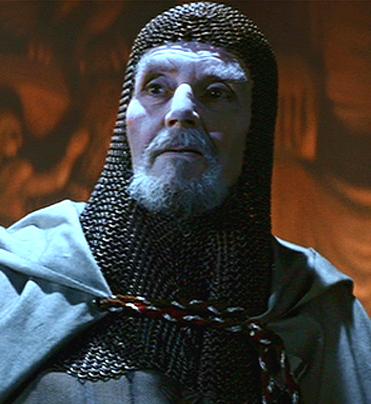 There are 3 ways I think the Grail's Immortality would have worked based off the Knight's warning about taking it across the seal.

1. Immortality only within a fixed bounded field

The location of the grail is within a field in which while you remain in it after drinking from the grail you are immortal. So the moment you cross the seal the immortality voids.

The trap which causes the place to cave-in may just have been a reaction to those who tried to take the grail out of the field by either warning them with a tremor to bring the grail back before it becomes useless outside the field or it was the field becoming unstable because crossing the seal means leaving the field with the grail.

With this functionality the "Price of Immortality" is to forever remain in that cave.

2. Immortality only within a mobile bounded field

The Grail itself creates a field so after drinking from it, so long as you are near to the grail you can remain immortal, the seal trap would prevent the grail from being taken outside.

With this functionality the "Price of Immortality" is to forever remain by the Grail.

3. Immortality sustained from repeated use

The most likely way would be that one has to keep drinking from the grail to retain the immortality. This would explain the Knight's state (having only been drinking water for centuries) and how Indie and his father won't be Immortals; Indie took only 1 drink and his father only had it spilled onto his wound (which probably entered his blood stream). Exactly how long the Immortality lasts until another drink is needed or if the effects wear off quicker each time is unknown. Obviously like the previous one the seal trap is to prevent it from being taken to the outside world.

With this functionality the "Price of Immortality" is to forever have to drink from the Grail.

In all the above one could get around things by making the cave your home and having people bring you stuff every day so there is the possibility that the "Price of Immortality" also included curses to the body like being unable to eat normal food so long as you are immortal.

For Indie and his father to have used the cup and not show any signs of being cursed as well could be that immortality is rendered void instantly when the Grail was lost (one could assume it was destroyed after falling from such a height or being crushed by rocks), of course the reason why Indie's father just didn't die on the spot then was probably because he was dying from blood lose from his open wound which was closed as a sort of benefit from having gained an immortal body, destruction of the grail would just strip him of immortality not revert his body to a pre-immortal state (i.e. shot and bleeding).

Maybe it only had the healing effect in Dr. Jones Snr because he didn't really drink it directly. I also assume that maybe, through drinking out of the grail that one time, Indiana Jones could live slightly longer that he would have (maybe around 10-30 years)

Knight: You have chosen wisely. But the Grail cannot pass beyond the great seal. That is the boundary and the price of immortality.

Not the answer you're looking for? Browse other questions tagged indiana-jones the-last-crusade or ask your own question.