What Star Trek episodes (any series) have been censored?

I just came across this:

At one point, Data makes a reference to the Irish Reunification of 2024, and because of that, the BBC refused to air the episode. It didn’t air on the U.K. government’s station until 2007, though it did air on satellite and cable (sometimes with that reference cut), and was released unedited on DVD in the U.K.

Star Trek: The Next Generation Rewatch: “The High Ground” | Tor.com

The episode was Star Trek: The Next Generation, The High Ground, the one where Dr Crusher is abducted by "terrorists".

Since Star Trek has always touched upon "touchy" subjects, I'm curious about any other examples of government censorship of Star Trek.

Several episodes of Trek have been censored or simply not shown over the years. Assuming your question relates to the UK, then four instances are notable;

TOS : The Empath, Whom the Gods Destroy, Plato's Stepchildren and Miri were all removed from the broadcast schedule for over 10 years due to containing subjects of "madness, torture, sadism and disease" in a show that the BBC considered to be intended for children. 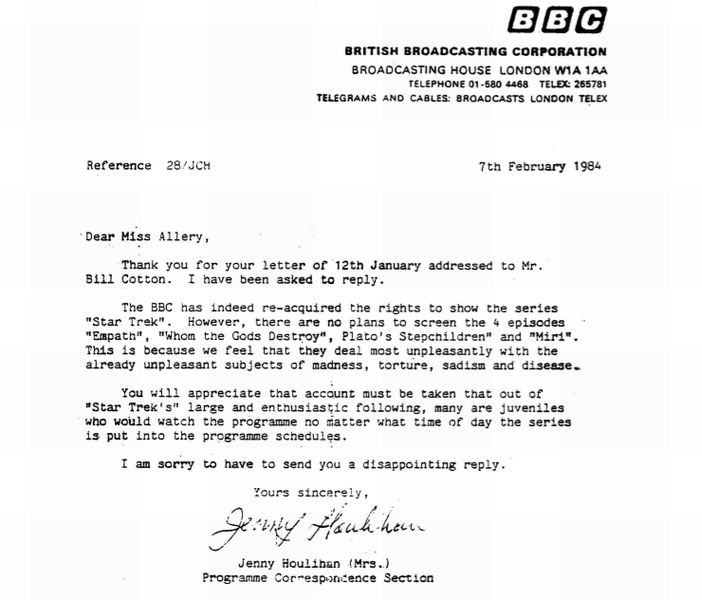 Additionally, "violent images" were removed from certain episode including TNG: "Conspiracy" (showing the aftermath of Remick being shot with phasers by Picard and Riker), TNG: "The Icarus Factor" (in which Worf is repeatedly hit with Klingon 'painstiks') and the removal of a line from "The High Ground" which relates to Irish reunification. 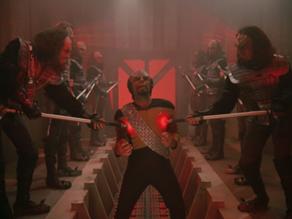 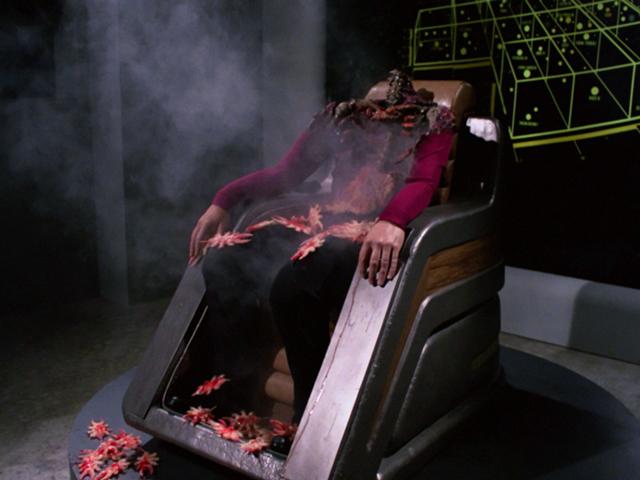 The episode "Patterns of Force" (Star Trek: The Original Series, see Patterns of Force - Wikipedia) from February 16, 1968 was banned in Germany from 1968 until 1995 due to the depiction of Nazi symbols and Nazi uniforms. It was finally shown on German pay TV in 1996. When ZDF showed it for the first time on a public network channel - in 2011, more than 40 years after it was filmed, it was not on until after 10pm - and viewers were warned that no-one under the age of 16 should see it.

Outside of the UK, the DS9 episode Rejoined and TOS episode Plato's Stepchildren were both censored in several markets due to homosexual and interracial kissing, respectively. There were also instances in TOS where Roddenberry was forced by Paramount to drop, add, or change certain lines of dialogue, notably the episode Who Mourns for Adonais?, in which one of Kirk's lines was altered from (this is from memory, so I may be off slightly) "Humanity no longer needs gods!" to the more middle-America-friendly "Mankind has no need for gods. We find the one quite adequate."

Outside of the major coastal networks in the US, various local affiliates would censor, cut from and (rarely) add to existing episodes as their whims dictated, to the point where for everyone outside of California and the American East Coast could only see full episodes at sci-fi conventions.

I am unaware, however, of any government censorship of Star Trek outside of the previously noted British examples. I am certain, however, that certain unsavoury regimes have doubtless censored Star Trek, much as they've censored other television programs in the past.

According to Memory Alpha, a scene in the episode "Harbinger" (Enterprise) was visually altered by UPN on its original airing to "crop out" Jolene Blalock's nudity.

The link above has a (slightly NSFW) picture if you wish to be fully informed on the subject. :)

Edit: just noticed that the question specifically asks for examples of government censorship. I'll leave this answer up and let the votes decide if it applies.

The DS9 episode Rejoined (if that's the one that showed Jadzia kissing another lady Trill) wasn't cut where I saw it but was preceded with a 'the following program contains' kind of warning- is that included in your definition of censorship?

In "Phantasms", the scene in which Data stabs Troi in the shoulder was censored in certain countries.

Not the answer you're looking for? Browse other questions tagged star-trek star-trek-tng star-trek-voyager star-trek-ds9 star-trek-enterprise or ask your own question.

24
Did Kirk and Uhura actually kiss?
3
The First SF or Fantasy Interracial Relationship

104
Does no one run in Star Trek?
8
Why didn’t Riker do something else in The Vengeance Factor?
6
Strange orders and plot-points in TNG: "Descent"
31
What's the origin of referring to female superior officers as "sir"?
91
Is this Beverly Crusher?
22
How did Gene Roddenberry’s death affect the development of Star Trek: The Next Generation?