When was Bruce Banner woken up?

I have recently read World War Hulk and in the ending;

Bruce Banner is put into a coma, in some sort of liquid, underground. 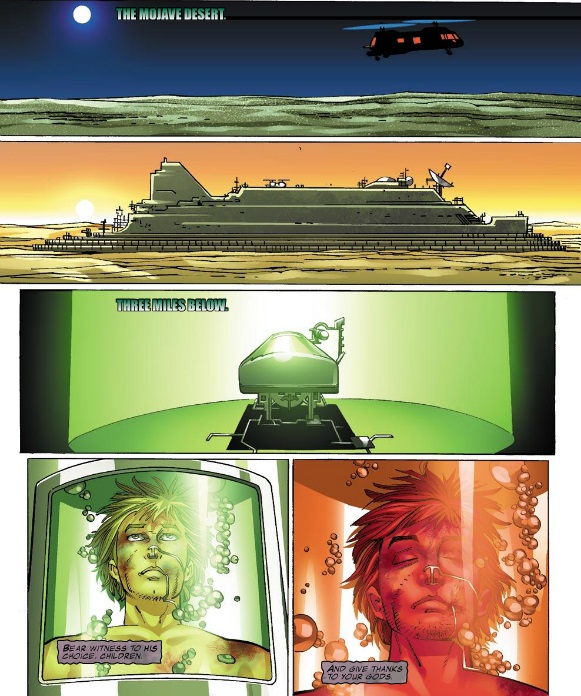 Then I read about a "new" (new to me, apparently he has been around for some time) character: the Red Hulk.

According to this timeline (at the end of the thread) Hulk #1 is set right after the end of WWH. However, in the very beginning of Hulk #1

Ross and Samson come to Bruce Banner, who is in a cell, but not in a coma anymore, and not in some sort of artificial coma. 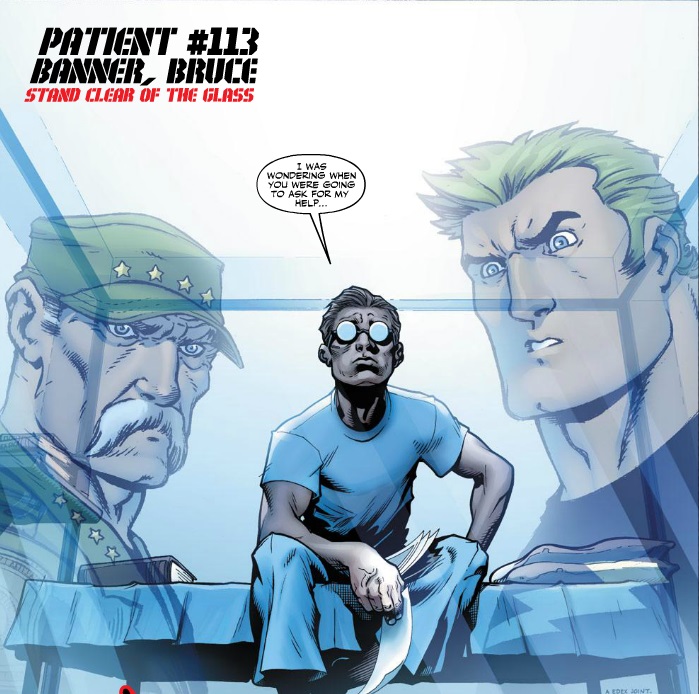 When was he woken up from the coma? Did I miss something? Given his state of rage at the end of WWH, it seems pretty dangerous to me to release him from suspensio in liquid.

marvel comics the-incredible-hulk
Share
Improve this question
edited May 9 '17 at 11:56

I believe that this is an instance of miscommunication between writers. The message that Banner was in prison in the Mojave desert got passed along, but the exact specifications of his restraints did not.

Alternatively, the writer of the Hulk comic needed to use Bruce in his story and did not want to waste time explaining a relatively minor change in Bruce's circumstances.

However, I have no proof for either of these theories because I don't follow the Hulk.

From Hulk #1, Gamma Base in Death Valley, Death Valley is in the Mojave Desert ergo Hulk was not moved from the facility but moved into another room or possibly remained in the same room but placed inside a glass prison. 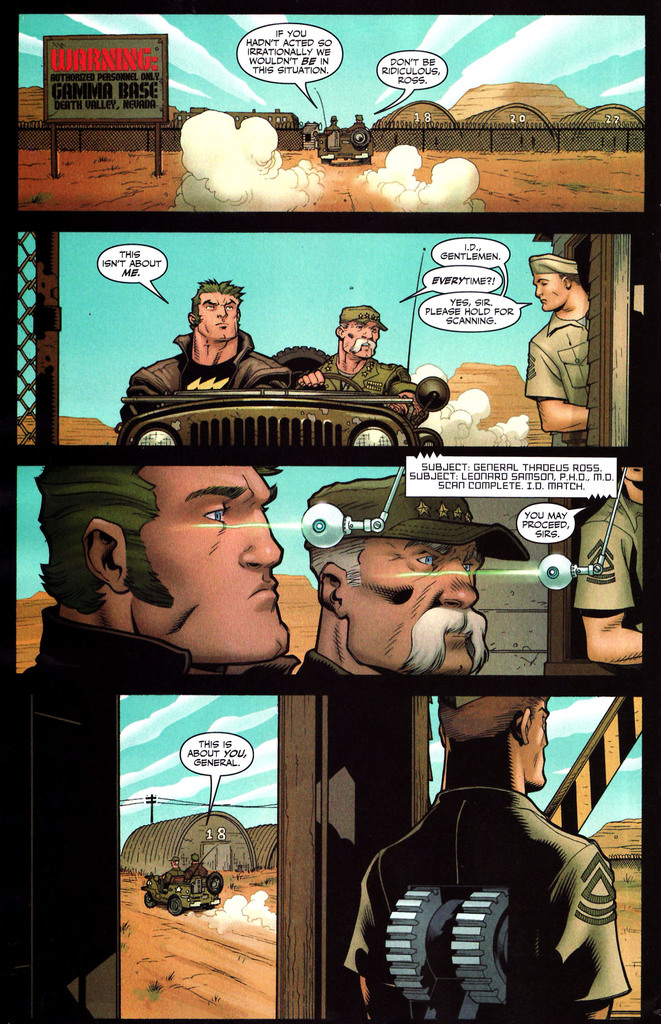