When (and why) was Spider-Man called the most important hero of them all?

I read some comic recently in which Spider-Man and Wolverine are fighting Cable with Cyclops somehow involved too. They were on a cave and the daughter of Cable was involved. (I’m not familiar with Cable or X-Men post-Phoenix so that’s all the information I can give you.)

Anyway, at some point Cable makes some remark along the lines of Spider-Man being “the most important hero of them all” or something similar.

I don't remember exactly which comic this was, but I think it was part of Civil War, possibly a New Avengers comic.

Can you identify the comic issue? And most importantly, is that comment ever explained? And if so, where?

It hinted to the fact that Spider-Man holds a great significance in the Marvel Universe. 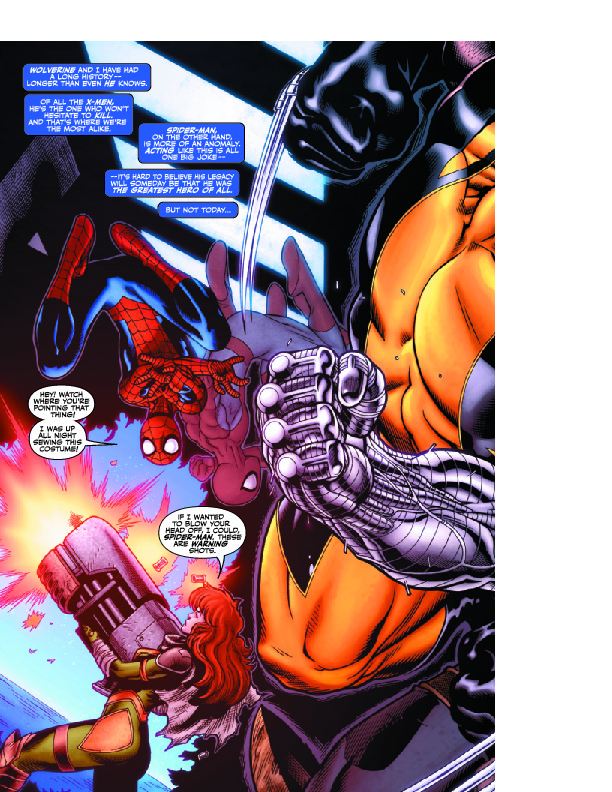 I remember the comment, but I don't remember the exact issue (I'll try and dig it out tonight if I have some time).

1) Spider-Man is the last Avenger standing during a rescue mission.

2) Spider-Man became Hope's final teacher/mentor while in K'un-L'un. He teaches her the most important lesson that he's ever learned himself: 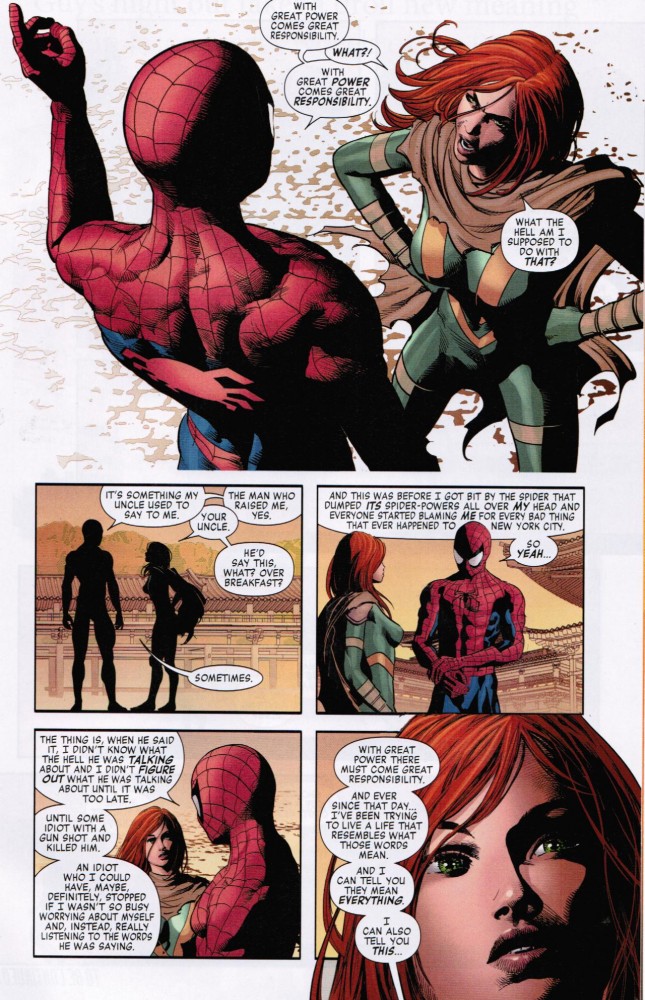 Hope understands that the sheer amount of power of the Phoenix Force is too much for anyone (or any five people for that matter). In the end, she mimics Scarlet Witch's powers and uses them to destroy the Phoenix Force completely.

Not the answer you're looking for? Browse other questions tagged story-identification spider-man episode-identification marvel or ask your own question.

7
Why didn't Spider-Man wear armour all the time?
13
Uncanny, Astonishing, Ultimate and Legacy…How does this tie in with X-Men?
16
What are the differences between Spider-man and Ultimate Spider-man?
25
Why the name “Cable”?
65
Is Stan Lee playing the Watcher in all his cameos?
3
Which was the Wonder Woman and Spider-Man crossover comic book?
15
Which was the comic where a kid mistakenly called Deadpool Spider-Man?
5
Why was “Spider-Man Unlimited” canceled?
10
Looking for the comic book where Spider-Man was [mistakenly] addressed as Super-Man