I am unsure if this YA novel was actually SF or just an adventure story. I read it in the mid-70s. The reason it was important was because it piqued my interest in physics and science.

It may have been titled "Survivor" or "The Survivors" or something. The cover illustration, though I don't remember the picture itself, was drawn in shades of green on a white background. I read it in Canada, so it was probably published in Canada or the US.

Two scenes, back to back, I remember vividly. The protagonist and his companions (pretty sure they belonged to a military or pseudo-military organization) have somehow ended up crashed (sunken submarine? airplane? spaceship?) in an ocean (earth? or another planet?), fairly deep - however, they have air.

The protagonist tries to convince his fellows (pretty sure they were all male, I would have remembered a female character) that upon leaving the vehicle, they must exhale all the way to the surface, because the air in their lungs expands due to the pressure difference and would otherwise burst their lungs (first physics lesson, I looked it up in my encyclopedia because I didn't believe it). One of the companions does not take the advice and holds his breath and the rest shoot upwards past his dead body.

Subsequently on the surface of the ocean, they find that they can see an island, but that huge waves crash upon a coral beach. The protagonist then spends some time treading water and analyzing the wave patterns to determine the size/frequency. He tells the companions that they must ride the top of wave x in the pattern (5th out of 7?) in order to get thrown clear of the coral and the undertow which would draw them back into the ocean (physics lesson #2, ocean wave patterns).

I think some of the companions survived to reach the beach along with the protagonist, but I cannot remember how they got into this situation in the first place or how the story ended.

I treasured this book for many years but it seems to have gotten lost in a move. I even referred back to it when I formally learned Boyle's Law years later.

It sounds like The Survivor by Robb White, written in 1964.

It takes place during World War II and contains scenes just like the ones referenced in your question.

Adam remembered learning from his schooling that no matter how deep you are, if you continuously let air out of your mouth, slowly exhaling, and let your head back, you will not drown and will surface. Despite this hope that they could survive, only 4 marines, including Guns, the Rebel, and Jason, decided to risk it. About half-way up, the other marine panicked and his lung burst, since he held his breath. The other four men made it though, and all they had to do was get to shore, but there were monstrous waves blocking their way. Once again Adam came up with a plan to stay on top of the wave and curl yourself into a ball on the way down. Using this tactic, they all got ashore, alive. 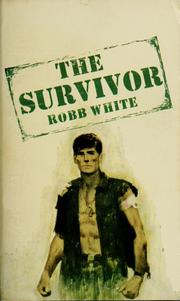 Not the answer you're looking for?Browse other questions tagged story-identification young-adult military-sf or ask your own question.