Novel about first contact and traveling the universe at light-speed

I'm trying to remember the name of this book, by a classical american author. In the 21th or 22th century, a physics effect is discovered which allows travel at the speed of light. Some time after, observations shows traces of aliens having traveled, using this effect, and a ship is sent to the alien home world. When this world is reached, the aliens tell them that they suspect that traveling at light speed "unravels the fabric of the universe" and increases the probability of the universe ending because of a jump to a different quantum state (false vacuum?) or something like that. So they have abandoned space travel. The ship returns to Earth where many years have passed and the society is a static one. Then they go on to a colony on a nearby star. At the end they discover that space travel increases and not decreases the stability of the universe. 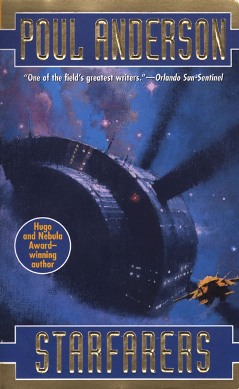 I believe this is Starfarers, first published in 1998.

Earth sends out a spaceship to investigate starfaring in far distances of which traces have been found. The ship ENVOY manned by a crew of six men and four women travels at speed close to the speed of light. At least so close, that a few years ship time mean ten thousand years passing back on earth. The traveling method is Zero-Zero-Jumps taking Energy from the substrate of space. As captain Nansen's ship travels further into space, but still inside the milky way, traces of spacefaring disappear. The big question is, why does spacefaring stop? --- Edited from Wikipedia

8
Story [novel, novella?] that featured faster-than-light or hyperdrive gained from observing distant drive use, also had a sentient star

58
Novel about a spacefaring mission trying to reestablish contact with Earth
33
Short story where humans on a colony ship from Earth are overtaken by advanced Earthlings?
8
Short story: aliens with easy FTL travel but flintlock-type weapons
18
Looking for a short SF story about two ultra-fast ships flying around the entire universe
26
A short story about how silly human physicists are to assume lightspeed is a universal constant
14
90s (or earlier) novel: on a cut off colony after FTL travel wipes out life and becomes impossible, an emissary woman starts a college
14
Book trilogy where adults walk towards towers involuntarily at a certain age
11
Intergalactic human space ship encounters another ship, character gets shunted off beyond known universe, reality starts collapsing