I read a paperback novel in/around 1970: protagonists were an underground/partisans in a war by telepathy

It made a great impression on me at the time. It was probably a few years old when I read it, if I remember the condition of the binding correctly. The scene/s that stick in my mind have the protagonists, who are in some sort of resistance movement, hiding out, and they need to keep on guard because the enemy comes at them by telepathy, but they fight back likewise. I picture one such scene actually taking place in a cellar, with the camaraderie of the good fight and a home-front touch a fifteen year old could delight in. There were rather well-drawn-out rules for how the good guys and the bad guys could operate telepathically, so the reader could tell the good from the bad as a morality theme, and it was not an impossible struggle, either. Thanks.

It reminds me of "The chrysalids" by John Wyndham. Although it was more about persecution of the telepathic children than about a war. 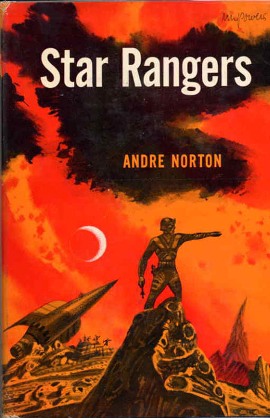 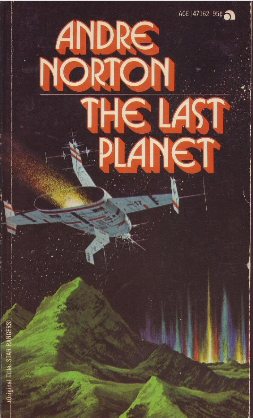 For what it's worth, here's a guess: Star Rangers by Andre Norton. Also published under the title ''The Last Planet''.

A lone ship of the Stellar Patrol crash-lands on an out-of-the-way planet. Quickly scouting around, the crew find evidence of a long vanished hi-tech civilization in the Sealed Cities, along with nomadic hunter-gatherer level groups of humans. When the rangers enter one of the cities, they find it occupied by another group of refugees and ruled by the Acturian Cummi. A master telepath, bent on becoming the planet's sole ruler, Cummi is not above controlling other people's minds. Zinga, a member of the Zacathan race, along with the human Kartr, both higher-order telepaths themselves, end up in a fierce mental battle with Cummi. ~ Edited from Amazon.com

Note: You can read the book in its entirety here :-)

Not the answer you're looking for? Browse other questions tagged story-identification novel warfare good-against-evil telepathy or ask your own question.

1
Story identification movie with teens having superpowers
6
1960s SF novel with sub war, telepathy, dolphins, recreational drug that makes you sick, then cures you for fun
16
Looking for a novel of “economic science fiction” that deals with rebellion on the moon
10
Book about children and hot air balloons, possibly steampunk
5
SciFi novel read around 1990s-2000s about time travel with drugs
10
Book about a Druid with his bacon loving hound fighting gods from multiple pantheons
13
An animated sci-fi movie with a fully armoured antagonist and a pale looking child