If Optimus and Megatron came to Earth 4 million years ago, why are the Transformers' robots forms so humanoid?

Why are the Transformers' robot forms so "humanoid"?

I understand why their vehicle modes are cars and airplanes: Transformers (or at least, Teletraan I) can scan any vehicle, and then transform into that form. And in the first episode of the Transformers G1 cartoons, I noticed that Bumble's vehicle mode was that of a spaceship... he only transformed into a car after he came to Earth, and Teletraan I scanned for suitable vehicles.

But why are the Transformers' robot forms so humanoid, even if they lived on Cybertron millions of years ago... when Australopithecus had only just begun to walk?

In the Gen 1 cartoon continuity, The Quintessons created the Transformers. So, the real question is: why did the Quintessons choose a "humanoid" form?

But there's a problem there.

What are we calling "humanoid"? The fact that they have a body shape that has roughly the same anatomical structure as humans?

We never learn just how long ago the Transformers were created in the Gen 1 Cartoon Continuity, but we know from the episode War Dawn, that the beginning of the war between Autobots and Decepticons was roughly nine million years ago - long before Australopithecus or humans evolved on Earth, but not primates in general.

So, let's look at a couple other characters who share similar body shapes.

During the Gen 1 cartoon, we meet characters like Bosch, Lord Gyconi, and Aron. In all of these cases, we have aliens which share similar body shapes as humans, but are much more advanced technologically (at the very least, they all have interstellar travel). It is safe to assume that they evolved long before humans did.

But how much earlier? Let's keep looking at some more characters.. 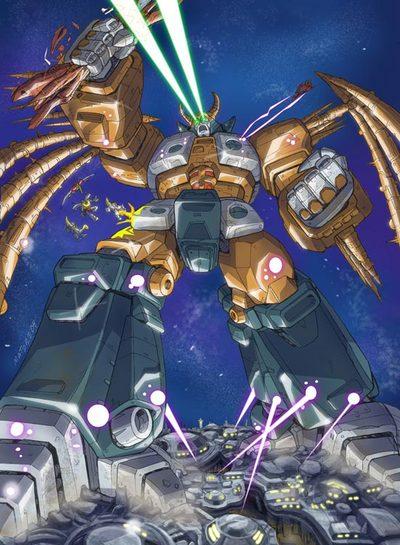 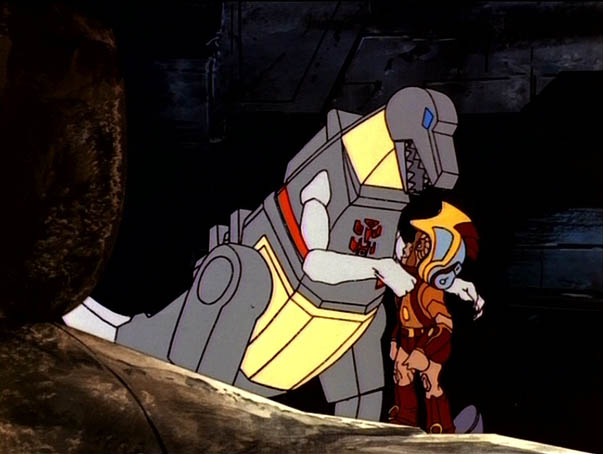 So, really, Transformers don't have humanoid robot forms at all - it's actually the exact opposite. Humans have Transformeroid bodies.

Personally I believe that the Transformers is much older, From information on FOC, at the time when the Earth had Pangea. A great continent that existed over 299.million years ago, that's when the Ark and Nemesis crashed. They're older then what G1 puts out, that just increases the factor on how cool the Transformers are.

Unless the Quintessons had a time window (like they did in one episode) and saw humans in the future, thinking "wow that's a great idea, we'll design our robots after them!" or something like that. Because in a later episode they build one, but act like they've sort have done it before. Now about the aliens, maybe the Quintessons left it and they saw them as well and cloned their own. OR... it's the other way around.Humans were influenced by aliens and other races. Transformers and humans look alike. Just a suggestion...

Not the answer you're looking for? Browse other questions tagged robots transformers or ask your own question.

2
Why do Transformers speak English?
-1
Why do all the fantasy and sci-fi movies and novels show extra-terrestrials as intelligent beings and more powerful than humans

18
Why did Optimus Prime order Sam to 'push the cube into me' - instead of using it as a weapon against Megatron?
17
In the Transformers (recent movies), how do transformers select their transformation / vehicles
19
In Transformers, why didn't Optimus use the Shard of the Allspark to heal Jazz?
11
Looking for a late 1950s to early 1960s movie or TV show with some similarities to "The Zanti Misfits"
10
Why are the Decepticons and Autobots fighting?
13
Movie where a family on Mars misses the last departing spaceship, and are replaced by identical looking robots