What was the usage period of the EM33?

Are there any references to EM-33 pistols outside of ST:Enterprise?

Is there an exact date as to when the EM-33s were completely phased out (even on freighters)?

The EM33 Plasma Pistol is described as the "standard issue EM weapon used by Earth's Starfleet officers and the Earth Cargo Service personnel during the mid-22nd century" and is used extensively in the episodes "Broken Bow" (first seen), "Sleeping Dogs", "Fortunate Son", "Shadows of P'Jem" and "Canamar" (where it was mistakenly identified as an alien weapon). 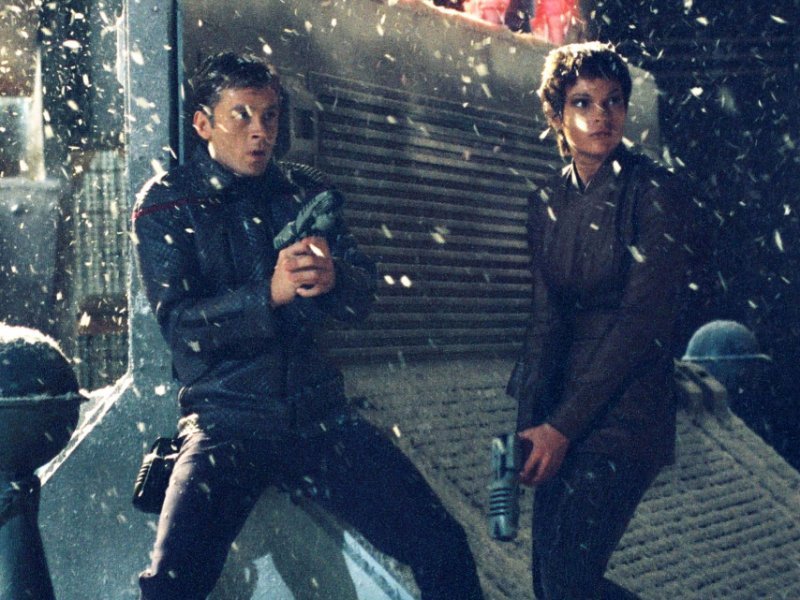 The designation "EM-33" comes from the episode "Fight or Flight" where Ensign Hoshi Sato says she's been trained on EM sidearms; Archer then tells her the Phase Pistol handles "pretty much like an EM-33."

Since the pistol itself was designed specifically for the series "Enterprise" there are no canon (pun intended) references to when it was removed from service.

Certainly, by the time of Enterprise:TOS they've moved onto the Type-2 Phaser.

There are some nice prop photos here. Apparently the pistol itself is a heavily modified Desert Eagle moulded out of plastic. 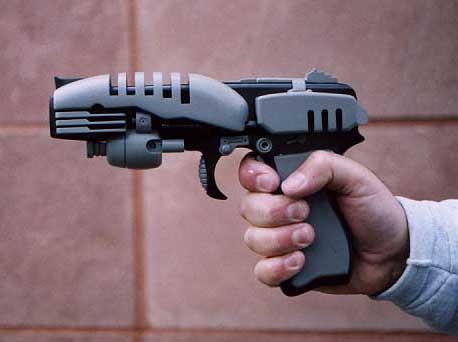 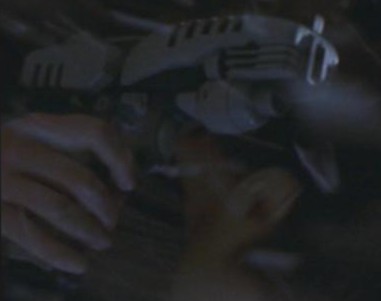 17
Why did they choose that theme song for Star Trek Enterprise?
26
Was Star Trek's original Captain Kirk always fond of antiques?
1
Who created LCARS and when was it introduced?
4
What was recording Epsilon IX?
3
What was the process by which the Augments or Genetically Enhanced Humans were made?
13
When was the Verteron Array built exactly and why wasn't it used against the Xindi when they were about to destroy earth?
6
Do we have a copy of Captain Jonathan Archer's final speech in the final episode of the series Enterprise "These are the voyages?"
11
Was Trelane really seeing Earth 900 years ago, or perhaps 600 years ago, or could he see any time period he chose?