Are the Redwall creatures their natural real-world size?

One thing that always confused me about the books was the question of scale. You have everything from shrews to badgers living together, working together, fighting together. Are these animals the same size as in the real world, or more human-scaled relative to their environment?

I realize that there are some discrepancies between Redwall and the rest of the series, such as Cluny's entire army riding in a horse-drawn cart which suggests natural scale in a human-populated world. However the later books exclude references to large and/or domesticated animals and potential human activity. So once this change is taken into account, are the animals still assumed to be realistically scaled?

Otters and badgers are said to be huge, for example, but that could just be in the sense that Andre the Giant was huge compared to most people. I seem to recall a few mentions of distance but that would be easily explained as their own units of measurement either way.

I imagine that the animals were roughly human sized, otherwise their size differences would be too great for them to cohabitate and the scale of the world would make much of what they do impractical. Is there a canonical answer or enough evidence to reach a conclusion?

According the the FAQ on Brian Jacques' official Redwall website, the animals in the Redwall series have no clearly defined size:

Q: Do the animals in your stories walk on all fours or, do they walk erect?

BJ: The creatures in my stories are as big or small as your imagination wants them to be. My imagination does not see them on all fours.

My understanding when reading the books is that they are all similar in size. Mice are smaller than badgers but in the same way a normal dude is smaller than Andre the Giant. I think that it becomes much more standardized in the later books. RedWall had the most discrepancies, however it seems to be implied that they are not human sized, that is why Pikes are such deadly fish. So, to summarize, they are all small woodland creatures scaled together but not scaled to human proportions.

I believe the animals are all similar sizes. Mice, hares, badgers, and otters all fit comfortably in all the rooms in Redwall Abbey and Salamandastron. Some animals are larger then others but its only by a fairly small amount. Armed mice are able to dual foxes and Badgers don't have as easy a time fighting rats as their real world size differences would cause.

In Redwall however, a cat swallows Matthias whole, indicating a large size difference.

Additionally, Matthias needs the aid of Constance the badger to move a 2 pound fish, which feeds the whole abbey.

Additionally, the crab and eel in mossflower were described as much larger than gnoff, martin, and dinny.

There is a size difference but it is much more pronounced in Redwall than other books.

The sharks in The Bellmaker are described as as big as the ship the Pearl Queen.

In addition to what has been given, in the television show there are instances of discrepancies in size. For instance there is a cat in seen hunting Matthias and Myrtle (5 min into the first episode of season 1) and the horse Cluny rides in on seems to be near the size of a real horse (although the relative size of Cluny is much larger than a normal rat in this scene, around 15 min in). Not sure if television is able to make decisions on canon though. 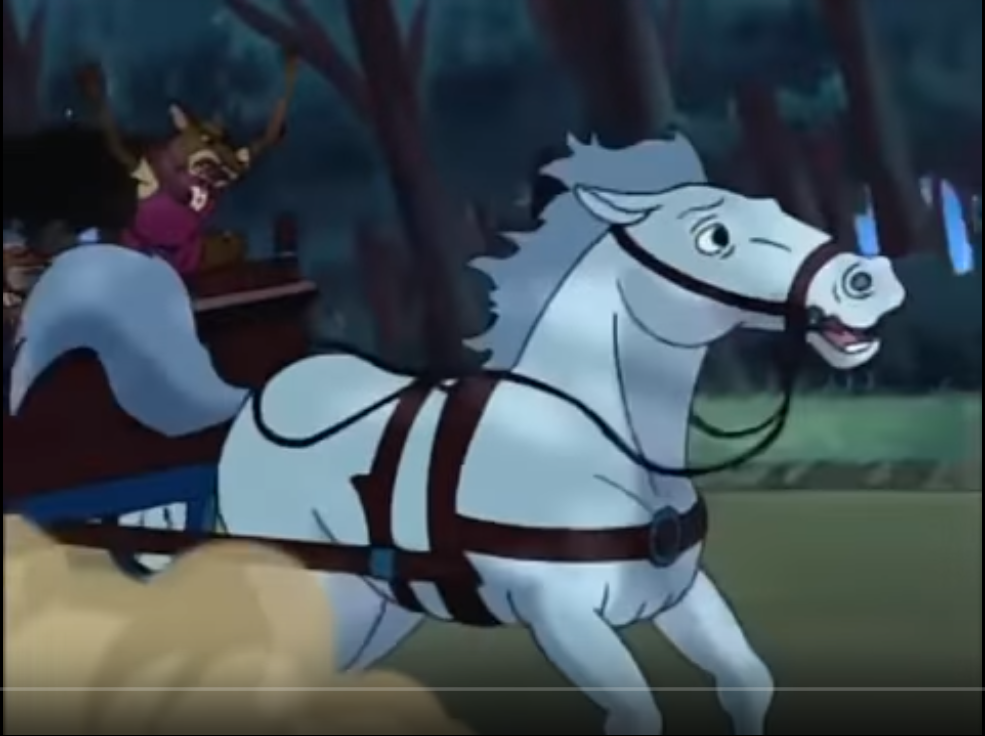 Not the answer you're looking for? Browse other questions tagged animals redwall or ask your own question.

20
What use are the wizard familiars?
15
What is the origin of milk in Redwall books?
15
How did they expect to repopulate the world with Humpbacks after 'Star Trek IV: The Voyage Home'?
49
Why are there no animals in “The Matrix”?
13
Are there humans in the world of Redwall?
1
Are there donkeys in the Star Wars universe?
10
Is there a full map of the Redwall world?
11
Suggested order for the Redwall series?
14
Post-human Earth with intelligent animals. In one scene, bear rubs against crystal pylon to leech energy from structure holding stored human minds