Is “The Fountain” a story about time travel, or a husband's grief?

Darren Aronofsky's 'The Fountain' was advertised as a time travel love story. Was it, or was it something else? Were we to take the time shifts literally, or figuratively?

It is not a story of time travel at all. It is exactly as you suspected a tale of a husband trying to deal with his grief over the impending death of his wife. The shifts in context deal with stories being told by the characters and being played by the main characters, Tom and Izzi.

While there are many movie summaries out there, Wikipedia explains it best:

What causes the confusion is that Jackman and Rachel Weisz play all three characters in all three settings. Which gives you the illusion or impression this is a story about time traveling characters. Adding insult to injury, the movie is told in a nonlinear fashion adding to potential confusion about what is going on. The movie is rich in symbolism, metaphor and allegory and was altogether too complicated for the standard movie audience. 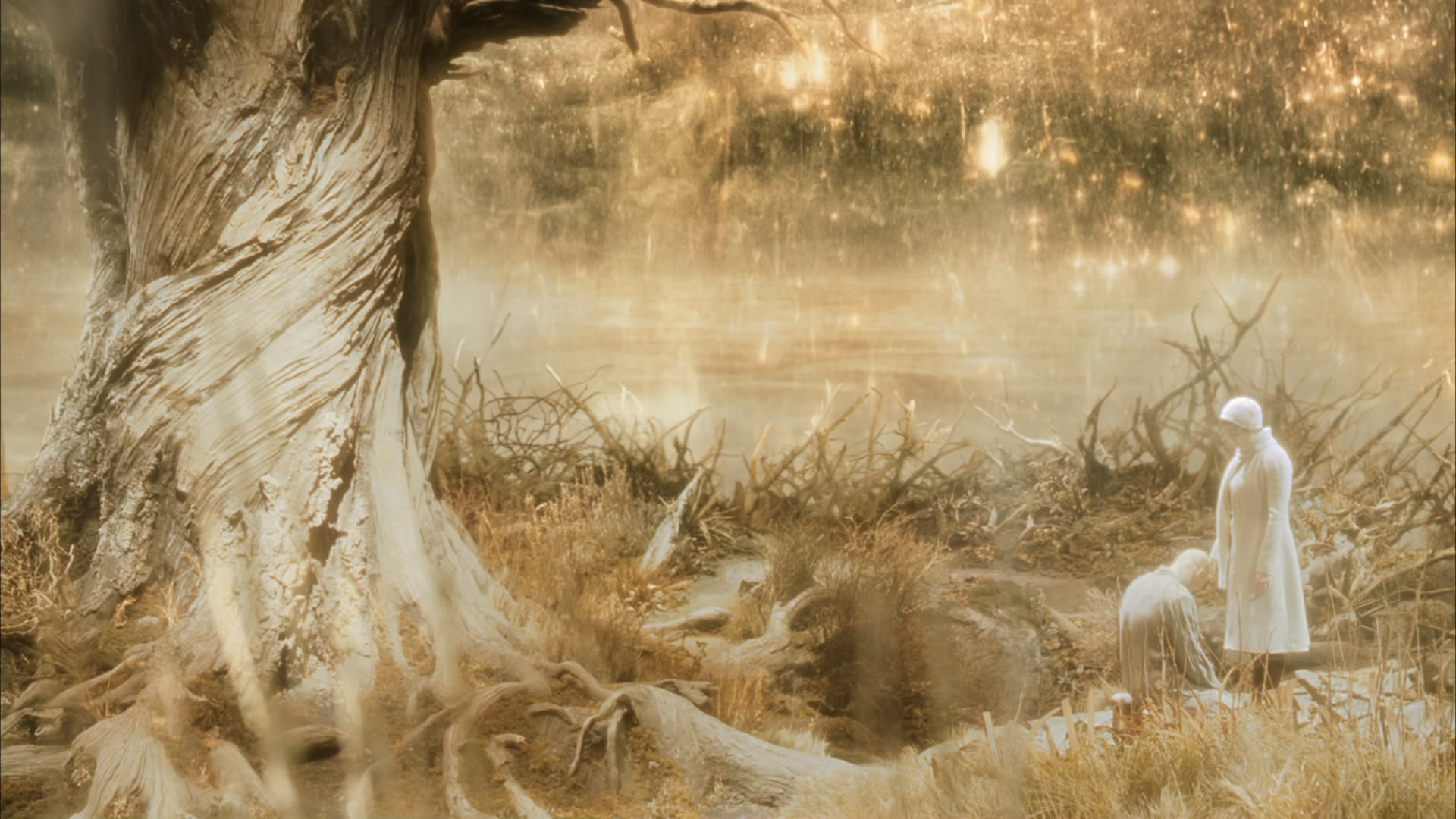 The confusion stems from the fact that the film can either be read as a straight time travel flick with a consistent internal plotline (e.g. Conquistador discovers Tree of Life, Doctor rediscovers same Tree of Life, Astronaut uses Tree of Life to allow interstellar travel) or as an allegory for the struggle by the Doctor to cure his wife and finish her novel after her death.

Darren Aronofsky spoke to this when interviewed;

"I think the story of the search for the Fountain of youth is a movie ... I think the way we decided to tell it, in kind of three different ways and trying to connect them all together, is the way to do it. So I was pretty excited about that"

A few weeks later he specifically clarified whether the film is a time travel flick;

Interviewer: You do this using the three interlocking time periods revolving around Tomas, Tommy and Tom, the three characters played by Hugh Jackman who may – or may not – be one in the same person. How do you keep a handle on all the differing tangents so that it all hopefully makes sense by the time you come to the finish?

Darren Aronofsky: It is [hard] to tell a story about the quest for immortality in the present alone. That’s why our story takes place in the 16th, 21st, and 26th centuries. That doesn’t mean The Fountain is a time travel movie in any sort of a traditional way. It’s more like three interlocking time periods, just as you mentioned, where the characters embody three different parts of the same person.

The conquistador tale is Izzi's story, which is left to Tom to finish. But everything else is real:

Tom never quite accepts Izzi's death and continues his research, which leads him to revisit the old tree in South America (from which they first extracted the life-saving extract). But rather than drink the sap and die in an explosion of life as did the conquistador, Tom carefully eats only very small portions of the bark of the tree of life to sustain himself. This allows him to live for hundreds of years (he remarks to the tree on the long years while pointing out the tattoos on his body, like rings of a tree) Nonetheless after 500 years the tree itself, the life-giver, like Izzi, begins to show signs of dying.

Tom the doctor is Tommy the astronaut 500 years later. He has lived all this time. And while marvelous progress has been made (enough to produce a spacecraft for travel to distant nebulae), death remains a puzzle unsolved by science and especially by Tom (remember, at Izzi's funeral Tom said " Death is a disease. Its like any other. And there's a cure, a cure — and I will find it!"). The tree that has postponed death for Tom is now itself dying and Tom seeks to revive it just as he had sought to revive Izzi. Tom could not, when younger, envision life without Izzi and now believes his life literally cannot go on without the tree. It remains to the last for Tom to be enlightened: Izzi was right - death is part of life, perhaps the only passage to renewal of life.

Nope. The ONLY real story in the Fountain is the one featuring Tommy trying to cure his dying wife. He promises to finish her "sci-fi" novel which starts in the time of the Conquistadors. The entire section that takes place in the far future is Tom's addition to Izzy's unfinished story and more than a bit of wishful thinking on his part. Its fiction and a fairly obvious metaphor for how he is dealing with his wife's untimely death.

Not the answer you're looking for? Browse other questions tagged the-fountain or ask your own question.

3
Did all stories in “The Fountain” happen?

3
The Fountain: are those other spaceships?