How does Batman disappear?

Batman keeps vanishing a lot, how does he do it?

We've seen him do this in a desert (and even snag a child with him) with lots of smoke, on a train station with almost no or little smoke, in rooms without windows (2), on top of buildings a lot (2, 3) (even buildings that seem taller than other building around it), in rooms with open windows, and even in strange places and on ground. Flash can't seem to figure it out(1, 2, 3) and even Superman has trouble (1, 2, 3, 4, 5, 6). It seems to elude Bane also (1, 2).

How does Batman simply vanish into thin air or smoke in some cases. Assuming he isn't doing this or this. 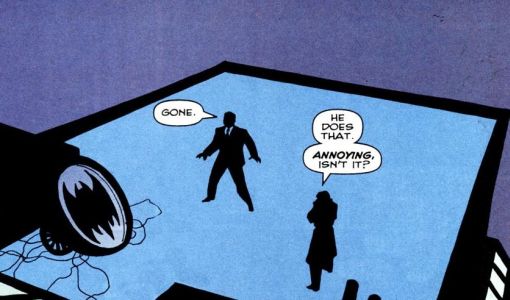 Batman disappears by taking advantage of human nature and human assumptions about what is possible the same way a stage magician might. Batman's ability to disappear is more a skill of misdirection than of supernatural capacity. While it may appear to be almost a magical power, he is a student of human nature and takes advantage of preconceived notions to make himself "disappear".

Looking at your two humor examples may have more truth to them than you may think. What stops him from doing exactly that? People are easily fooled by stage magicians because unless you understand the trick, you believe the magic. Batman is simply a better magician than most and makes it his business to know when the best time to "disappear" in any conversation. More than likely he engineered the conversation so he could time it just right.

Thaddeus has got this pretty well covered but I thought this might help; 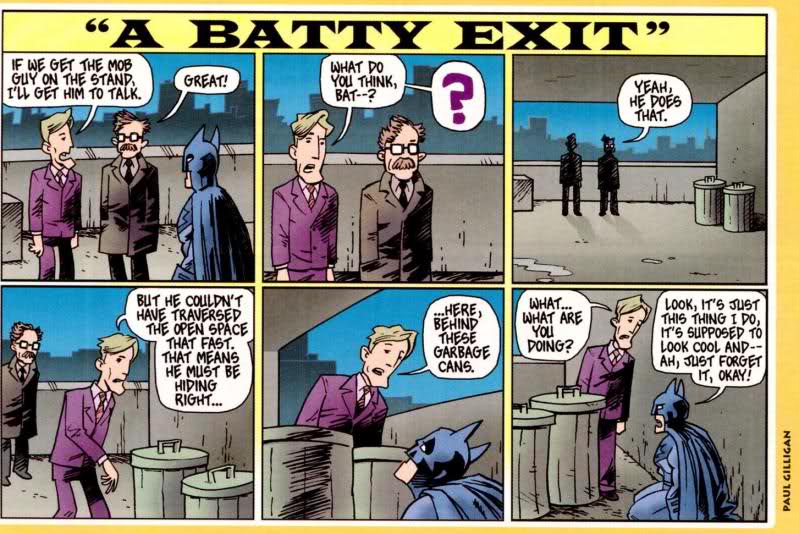 The short answer is that he waits until people aren't looking and then leaves. He's got a black cape so he may be hiding in shadows, he may have jumped off a building or he may have gone straight up using a concealed rope.

In the Tim Burton movie he uses vials of chemicals that, when broken, create a smoke screen to distract everyone while he uses his grappling hook to get away.

15
When was the first time Batman disappeared at the end of a conversation?