Is there anything beyond subtle hints that Jack becomes the Face of Boe?

After Jack Harkness was brought back to life by Bad Wolf Rose, he is unable to die, not even from old age. At the end of Last of the Time Lords, the Doctor comments on the fact that he doesn't know how Jack will look when he gets older.

It's pretty much confirmed.

Jack says he was once known as the Face of Boe.

Used to be a poster boy, when I was a kid living in the Boeshane Peninsula. Tiny little place. I was the first one ever to be signed up for the Time Agency. They were so proud of me. The 'Face of Boe,' they called me.

[Martha and the Doctor exchange a significant glance and splutter incredulously]

No one ever says "Jack is the Face of Boe" on screen, but the suggestions are large, blunt, and numerous.

Outside the on-screen material, interviews and other meta materials confirm that Jack is intended to be the Face of Boe.

Well besides the whole blatant hint of him saying that he used to be known as the 'Face of Boe' in The Last of the Timelords.

B or I mean 2. As he says earlier in Utopia,

Jack: And what about me? Can you fix that? Will I ever be able to die?

The Doctor: Nothing I can do. You’re an impossible thing, Jack.

Then in the episode New Earth,

The Doctor: There are legends you know. Saying that you’re millions of years old.

The Face of Boe: Now that would be impossible.

Other references made to it.

As for the whole couldn't die thing? Well even the TARDIS needs to fuel up at the rift, who's to say it just didn't take 5 billion years for his life force to run out. Since he was made immortal back on old earth and he was there for its destruction in the year 5 billion and there for New Earth.

Either way those are some more subtle hints that are overlooked in the face of him being called Face of Boe as a child .

The Face of Boe was announced as being pregnant in "The Long Game".

They even showed an image of the Face of Boe on the screens. That episode was set in the year 200,000. That's a relatively short time, evolutionarily speaking, for Jack to have evolved so drastically into the Face of Boe, absent some exogenous accelerant for genetic mutation.

Drawing from in-universe canon alone, we can conclude that Jack is NOT the Face of Boe, and Russel T. Davies has never confirmed it.

Per the Tardis Fandom Wiki:

Jack was born on the Boeshane peninsula, and as a child model he was nicknamed the face of Boe. In the Doctor Who episode "The Last Of The Time Lords" Jack says:

"When I was a kid, living in the Boeshane peninsula, I was the first one ever to be signed up for the Time Agency. They were so proud of me. The Face of Boe, they called me..." 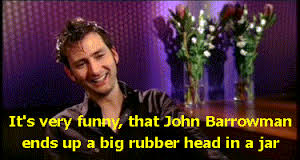 Not the answer you're looking for? Browse other questions tagged doctor-who jack-harkness or ask your own question.

3
Does the Face of Boe take on any other forms earlier in its life?
13
Where did the the others of “Boe”-kind come from?
4
Question about Jack Harkness/Face of Boe
3
How old was the Face of Boe when he died?
2
Is there any evidence that Rose knows the Doctor's real name?
15
How can Ashildr pilot a TARDIS?
4
Were there hints before the first Doctor's regeneration that timelords could regenerate?