I'm looking for a short story where a giant supercomputer (built into a mountain) turns itself on after a nuclear war, and then starts to build robots which explore the desolate earth. He looks for (and actually finds traces of) human survivors. Then he discovers a similar supercomputer somewhere else which apparently was built by the enemy for similar purposes. The computers build a permanent data cable and establish a peace; but in the end they both destroy each other (in an energy pulse sent over the cable, simultaneously by both sides).

I think this story was part of a German-language book of maybe 20 sci-fi stories. I'm interested in the entire book (but the name of the single story would be nice either).

Btw. I think another story in the book was about a boy who champions a space game at the local arcade, and then is teleported somewhere where he actually has to fight the game's enemies for real. It's not Pratchett's "Only You Can Save Mankind" but might have been inspired by that.

Your description reminds me of "After Ixmal", a short story by Jeff Sutton, first published in Amazing Stories, October 1962; reprinted in Thrilling Science Fiction, June 1972, which is available at the Internet Archive.

The basic story is the same: a military AI is the sole survivor of a nuclear holocaust; later, it discovers another AI, and the two machines destroy each other. The details, however, are seriously different. I'll take it point by point.

A batholith is something like a mountain, isn't it?

Ixmal lazily scanned the world from atop the rugged batholith.

turns itself on after a nuclear war, and then starts to build robots which explore the desolate earth. He looks for (and actually finds traces of) human survivors.

There is nuclear war, all right, but no survivors except ("his impervium-sheathed body had protected him") Ixmal, who had tricked his creators into setting off a chain reaction that destroyed all living things:

He, Ixmal, ruled the earth. He jubilantly projected his thoughts over his new domain. Ashes. London, Berlin, Moscow, Shanghai, New York—all were ashes. Gaunt piles of fine gray ash marked once green forests; nor did the most minute blade of grass exist. The seas were sterile graveyards. Terrible silence. Ixmal momentarily felt panic-stricken. Alone! The Man was gone! Alone—a ruler of ashes. Emperor of a great silence.

(Dinosaurs disappeared, the earth trembled under the foot of the mammoth.) Ixmal momentarily was appalled to discover a strange man-form dwelling among distant crags. He was hulking, grotesque, but he walked erect—the first of his kind.

Then he discovers a similar supercomputer somewhere else which apparently was built by the enemy for similar purposes.

Ixmal's rival is out in space, apparently the creation of defunct aliens:

But beyond the earth, forty million miles away in empty space, something occurred which hadn't occurred in almost seven hundred million years. Ixmal sensed Intelligent Thought!

He withdrew his receptors without thinking (his first pure reflex), waiting fearfully until Psychband adjusted him to the situation. Then, cautiously, he projected cautious thoughts into the void.

"Who are you? Who are you? Identify." Silence. Somewhere in the great vault above something lurked. An Intelligence. He must find it, must test it. It was more than a challenge; it was a threat. Its very silence was ominous.

Ixmal finally locates the other:

Ixmal gridded the solar system; every planet, every moon; each shattered remnant that drifted through space, the asteroids and orbital comets, even the sun. Seventy-two hundred years later he detected his enemy—a small plasto-metallic cube crouched atop a jagged peak on Callisto, Jupiter's fifth moon. Ha, far from being the master of Mars, his opponent was locked to a small satellite—a mote in space. And he had presumed equality!

The computers build a permanent data cable and establish a peace; but in the end they both destroy each other (in an energy pulse sent over the cable, simultaneously by both sides).

No cable (they are on different planets), no truce; they destroy each other with missiles:

Ixmal gloatingly followed "Star-Blaster's" course. He saw it hurtle past the moon, watched while for a split second it formed one apex of an equilateral triangle with Mars and earth, reveled as it drove through the belt of asteroids. Ha, the alien was doomed. His very atoms would be flung to the stars. He was watching "Star-Blaster" when . . .

Ixmal recoiled, disbelieving, then terrified. A great warhead hurtled through the belt of asteroids, earth-bound, driven at unbelievable velocity by the mind of Zale-3. Ixmal frantically calculated, pounding his circuits to produce answers in split thousandths of a second. Frenzied, he analyzed his findings: the warhead would strike his very body.

I think this story was part of a German-language book of maybe 20 sci-fi stories.

Another miss, I'm afraid. as far as ISFDB knows, the only book publication of "After Ixmal" was in the anthology Space Opera edited by Brian W. Aldiss, and the only translation was "Poslije Ixmala" (1978) in Croatian.

There is a Zelazny story called "For a Breath I Tarry" that concerns two supercomputers in a post-apocalyptic world. Many of the plot details do not match what you give, but the story did appear in a Dutch (I know you said German) language book of about 20 stories: "De beste Science Fiction verhalen van Meulenhoff"

The Forbin Project was a story about the warring supercomputers. To a certain extent David Brin's The Postman short novel is also about that. Winning the video game and whisking away to another planet was the movie "The Last Starfighter", but it was a screenplay that was similar to other sci-fi computer games movies and stories.

There was also a novelisation of the film by (who else) Alan Dean Foster; 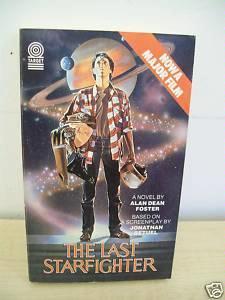