This was a series of books, thy would have been around in mid 1985, and the artwork on the covers was much like Terry Patchett's book art...

If I'm not mixing my story lines, there was also an "evil" called "The Dark" which hunted people and took their minds but left their bodies alive but senseless?

Seems like at least a couple of the books used the word "rune or runes" in the title. At least one of the book covers had the male character standing in front of a door with runes on it with his hand or hands up. Again, I think the title had "runes" in a couple of them.

It's the Darwath trilogy from Barbara Hambly.

From a Goodreads review of the first book:

The book has a bit of a slow start, as we meet two 20-somethings – Gil, a grad student, and Rudy, a motorcycle painter – living in southern California. But within a couple of chapters, they are transported to the medieval world of Darwath, which is under assault by amorphous beings known as “the Dark.” This is a short book, the start of a short trilogy, and Hambly successfully cuts to the chase: the Dark is not supposed to be a complex or comprehensible villain, but rather, to tap directly into primordial fears of the dark and the things that might be moving in it. It’s all about atmosphere, and as the characters struggle to survive and fend off unknown attackers, the atmosphere is excellent.

The characters themselves are familiar archetypes, though they get some respectable development that doesn’t always follow the stereotypes. Of the two protagonists, she becomes a warrior on Darwath (not your typical character arc for a female nerd), while he becomes a mage; he has a romance, while she doesn’t yet. And their adventures are certainly gripping, though to me the book loses some emotional resonance in following primarily Gil in the beginning, but primarily Rudy toward the end; as the stakes ramp up, we’re spending more time with the character we know less well. The plot, while exciting, also doesn’t bear much critical scrutiny. (Why doesn’t Ingold simply deposit Tir at the Keep on his way back from Earth, then go to Karst for everyone else?)

It sounds like The Last Rune series by Mark Anthony

A strange rift in ordinary reality draws saloon owner Travis Wilder and ER doctor Grace Beckett into the otherworld of Eldh--a land of gods, monsters, and magic that is sorely in need of heroes.

Travis soon discovers that he has a wild talent for the magic of runes, which gives him power over the material world, while Grace learns that she is a witch, with power over nature. 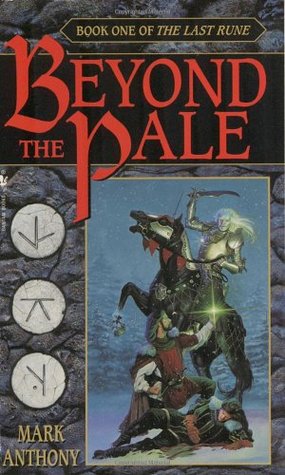 I can't see a door in any of the book cover but there's a wizard on the front of Book three (along with the obligatory busty female)... 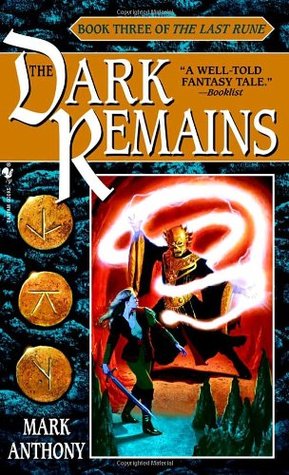 Not the answer you're looking for? Browse other questions tagged story-identification books magic wizards or ask your own question.

23
90s(?) book series about two people transported to a parallel medieval world, she joins city watch, he becomes wizard
8
What book has a man in a world on the brink of an ice age with a wizard mentor?

8
What book has a man in a world on the brink of an ice age with a wizard mentor?
23
Desperately searching for sci-fi book with Cube on cover; characters killed off until one couple remains
33
Book or series with 7 layers of worlds, where each layer's inhabitants are like gods to the layer below
9
Young adult fantasy trilogy with a large symbol and coloured background
37
Fantasy book where a normal man accepts job advertisement to become a king of a fantasy kingdom
3
90s or early 2000s teen fantasy, parallel dimensions
6
Two(?)-book series about dragons, two sisters, a wizard, and time travel
15
Book series about a boy who becomes a wizard's apprentice and can see magical auras
7
YA book series: 4 books each follow a child with a type of elemental magic, who are brought together in the 5th book