I'm trying to remember a story as I would like to read it again but cannot remember the title.

Synopsis: a group of teenagers are on a spaceship, all are clones but don't know this due to some process (I think their skin pigmentation has been altered). Their minds individually travel back in time to remember their original lives. They're traveling around space in a gigantic Ark but don't know it's an ark initially. They are attacked by creatures created by the computer system that raised them (I think the computer is called COL but I could be wrong). They eventually make it to Mars to repopulate, only to find they are not needed or wanted there, so they carry on to Earth to repopulate this with life. I believe it was made into a TV series by Channel 5 (UK) back when they first began as a TV station. 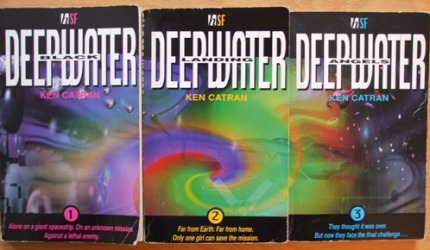 The Deepwater Trilogy by Ken Catran

A virus breaks out and leaves the humans residing on Earth doomed. However, in a desperate attempt before the end, all humanity's resources are dedicated to a crash program to produce a deep space ark, capable of seeding humanity on a new world.

Reference to the "cloning" aspect...

The ship is crewed by six clones; teenage versions of people who achieved great works during the ark project and equipped with the memories of their donors. Prior to its arrival, however, the crew is awoken prematurely to face a threat to the ship, before their memories are complete.

This section from another review describes other plot points:

Each book in the trilogy is narrated by an Earth kid. The others are cloned from genes taken from Mars and Jupiter: Bren has green skin, Lis has blue hair! Rob, Denie and Connal all experience 'prexes', or pre-existences that their clone-ancestors had on twentieth-century Earth. 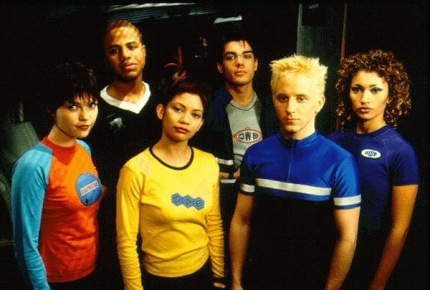 The characters in the television show, called "Mission Genesis" in certain markets, were older than in the books (why does that not surprise me?). Some were given new names, some dropped and others were combined. For instance, the ship's navigation system (which you recalled correctly as COL) and NUN were merged into GEN.

12
Looking for a novel with a ship crewed only by children, on a return trip in space to re-populate Earth when they return
7
A book about cloning, sentient ship and others

8
Identify trilogy: mankind sends off a ship with the last humans on board
14
Book series: Minerals crashing into the sun, emigrating cult, and frozen man
11
Four characters sent to explore space, and telepaths are gorgeous
5
Book about a group of adults and teenagers travel to every single planets in our solar system
8
Book series about these teenagers with special powers and every book changed main characters
23
Sci fi book, man buys a beat up spaceship and intervenes in a civil war on a planet and eventually becomes a space cop
8
Sci-fi book series with a spaceship below the ice in Antarctica
10
Post Apocalyptic book about “clones”