Why did the crewman have to be in an ion pod in Star Trek "Court Martial"?

I just watched "Court Martial" in which Kirk is accused of negligence, resulting in the death of a crew member. Said crew member had to report to an "ion pod" to take readings during an ion storm, and the pod had to be jettisoned in order to save the ship.

What purpose did the ion pod serve, i.e. why did the crewman have to be in it during the storm?

And why did the pod have to be jettisoned?

The pod was a place to mount the instruments to measure the ion storm without having to drill holes in the skin and armor of the ship.

The crewmember had to be present to run the tests. Star Trek wasn't big on automation.

The pod had to be ejected because, IIRC, it was picking up a charge and was becoming a danger to the ship as a whole. The crewmember was given warning to get out - but when the court martial trial read back the records, the warning was not in the recording!

In the remastered "Court Martial", the Ion pod is shown as being mounted near the rear of the main body of the ship. It is described by Memory Alpha as a;

"Sensory component of Constitution-class starships...deployed in times when a starship was expected to encounter an ion storm...

Manually operated by one crewmember, the pod took readings (from "ion plates") that were otherwise not available to conventional sensors in the course of the storm." 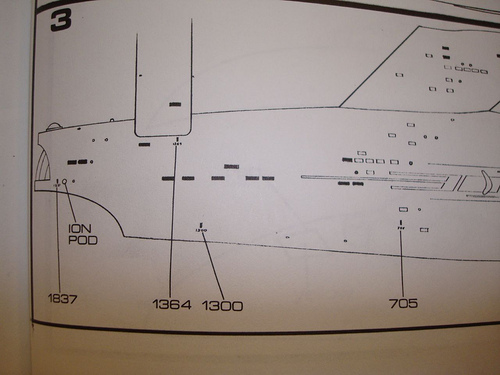 As far as the reason why the pod had to be able to be jettisoned, Hanson tells Kirk that the pod is causing;

at which point it seems to be standard practice to eject the pod, presumably to prevent the vibrations from causing damage to the hull of the ship.

8
Would tampering with the visual playback of the bridge log really affect the behavior of a chess game?
11
Why didn't Star Trek TOS have better medical equipment for Vulcans?
15
Is there anything more to the way others mistreat Spock?
31
How would Starfleet know what a Romulan looks like in Star Trek 2009?
8
Was Picard guilty of murder in First Contact?
7
In what ways does Worf appeal to Jadzia Dax given that she had lots of suitors to choose from?
14
Why do ships in Star Trek ToS not have seat belts?
22
Why didnâ€™t Lt. Saavik tell Kirk to bring Spock's body to Vulcan instead of leaving it on Genesis?