In which Realm did Asgardians leave the Aether?

From mid-credit scene of Thor: The Dark World movie:

Sif: You know why we're here.
The Collector (Taneleer Tivan): Of course. But, if I may ask, why not keep it secure in your own vault?
Volstagg: The Tesseract is already on Asgard. It is not wise to keep two Infinity Stones so close together.

It means that The Collector's collection repo wasn't in Asgard. In which Realm did Asgardians left the Aether then? It was certainly not midgard as there was a pink girl in the scene.

It has not been officially determined if the Marvel Cinematic Universe's Collector lives in OUR universe or is capable of traveling to Asgard under his own considerable power. However, since he will be appearing again in the Guardians of the Galaxy movie, it is safe to assume he lives in OUR (Midgard) universe. 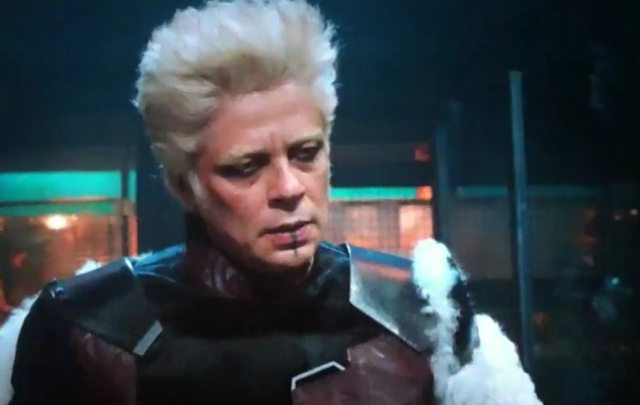 Little is known to the general public about the Collector, though he and the Asgardians appear to be aware of each other and generally friendly.

Benicio del Toro makes a cameo appearance as the Collector in a mid-credits scene of Thor: The Dark World. In the scene, Sif and Volstagg give to the Collector the Aether to keep in his collection, claiming they don't want to keep two Infinity Stones close together with the Tesseract already in Asgard. As they leave, the Collector remarks, "One down, five to go."

The Collector is an alien extraterrestrial known for his psychological need to collect unique objects and species on his world-ship.

He is known as a member of loosely affiliated aliens as an Elder of the Universe. It makes sense to give the Aether to the Collector since he would have a very secure facility in which he keeps his collection of artifacts and sentients. 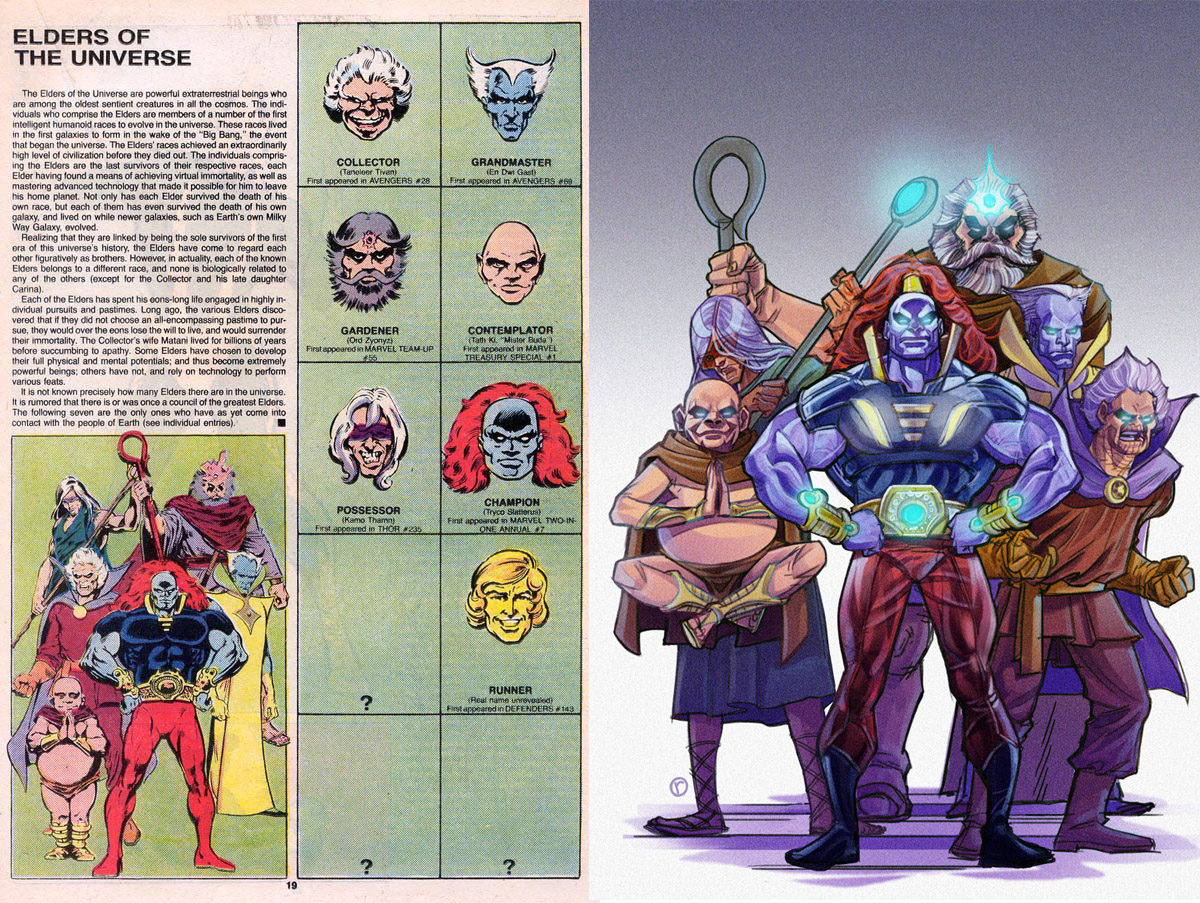 Not the answer you're looking for? Browse other questions tagged marvel marvel-cinematic-universe thor-marvel thor-the-dark-world or ask your own question.

3
Why the Asgardians didn't use the Tesseract against the Dark Elves
5
What could go wrong if two Infinity Stones were kept in the same Realm?
7
Is Jane Foster superhuman?
11
Why didn't Thanos make an attempt to steal the Aether?
9
Why were the Asgardians willing to entrust the Aether to its new owner?
11
Why didn't Asgard participate in the events of Guardians of the Galaxy?
18
Is Aether really an Infinity Stone?
12
What is the significance of the "9 realms"?
10
Whereabouts of Odin's spear, Gungnir, after the events of Thor: Ragnarok