Do we ever see what an engine room looks like without its warp core?

Warp cores are a frequent plot device in Star Trek, as well we all know. This question has a list of ejection events and a nice picture of what appears to be a warp core coming out of Voyager. Apparently there are 7 successful and 14 failed attempts to eject a core shown in the canon.

I found myself wondering what an engine room looks like without its warp core. The core is the centerpiece of nearly every Engineering set. Examples:

There are many shots of cores overloading, in the act of breaching, online, idle, offline etc. etc. At the end of First Contact, you even see some footage of the Enterprise-E warp core being brought online after suffering a total loss of coolant. It seems like it would be a very striking visual to show a core being ejected, or at least a before & after shot of engineering. It seems odd to me that I can't recall ever seeing an engine room without its core.

So my question is: have we ever been shown such a shot? If we haven't, what would it look like? Just a big empty room? Or is the core on some warp drives inside the big center structure we see in the engine room?

In the Star Trek : Voyager episode 'Day of Honor' (the same episode referenced in the linked question), Chief Engineer Torres is forced to "dump the core" because of a surge in tachyon levels.

You can see the before and after pictures below; 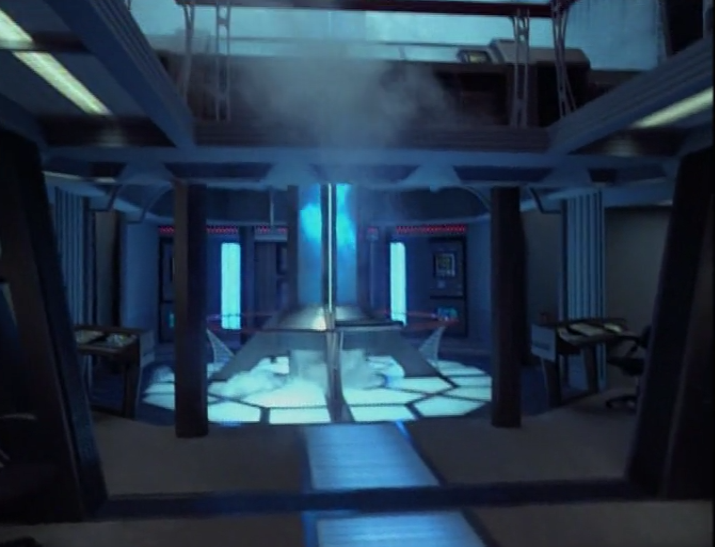 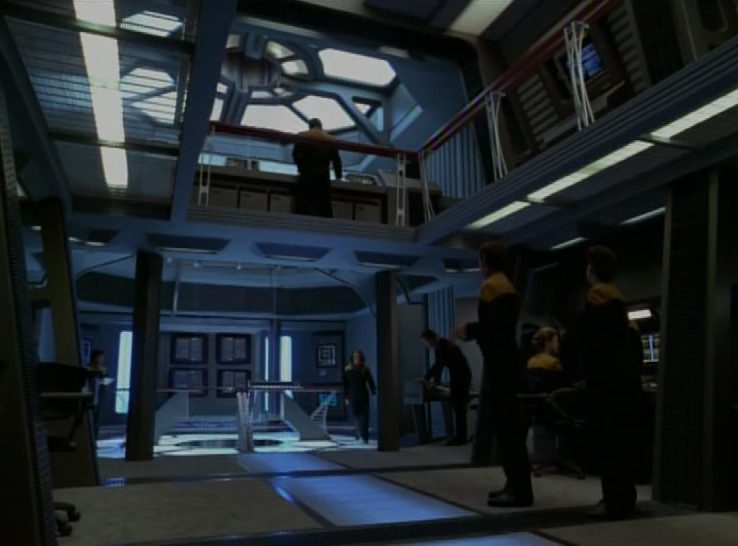 Where the warpcore itself is concerned, you can see a complete core in the picture below

My sincere apologies for the join-line where I've had to composite two photos together.

Long time now, but worth adding an answer. You mention First Contact but neglect the movie that immediately followed, Insurrection - there's a warp core ejection scene in there too, followed by a nice panning shot of the Enterprise-E's Engineering with a distinct lack of warp core 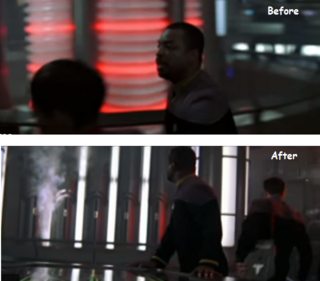 Geordi: "But there's nothing to stop them from doing that* again, and we're fresh out of warp cores!" as he looks at the empty space where the reactor stood.

Interestingly, the crew do not seem to view the ejection of the core to be a catastrophic event in itself, in contrast to Voyager, perhaps because they are still within Federation space to get their hands on a new core

(they are more concerned with using the core as a bomb to close *the tear and avoid the immediate danger).

However, no mention is made of how the Enterprise-E resumes warp capability, though the movie curiously ends with the ship traveling at impulse out of the Briar Patch and towards open space.

Not the answer you're looking for? Browse other questions tagged star-trek warp or ask your own question.

41
How could the saucer section of the Enterprise sustain warp velocity without a warp engine?
11
What are the emergency protocols to contain a warp core breach?
16
Do we ever see the TOS Engineering room with a Warp Core?
6
Sound effect in "Cause and Effect"
29
How would Starfleet know what a Romulan looks like in Star Trek 2009?
9
What effect would a warp core explosion have on a planet?
6
Did we ever see a Borg drone with a chunk of its face torn off?
2
Why doesn't the Saratoga eject its warp core at the Battle of Wolf 359?
37
Do we ever see what Geordi La Forge sees?