I must have read this close to 10 years ago, I do remember it was in a collection of short stories, most likely an anthology of different authors.

I remember the man was with some organization that trained its agents to eliminate threats on different planets. A call comes in about a giantess terrorizing villages on some world and the man is sent to kill her. I recall something about the higher ups realizing they had sent the wrong man for this particular job, and were afraid he would be killed.

That's about all I can recall of it. Any help would be greatly appreciated! This one's been bugging me for a while. 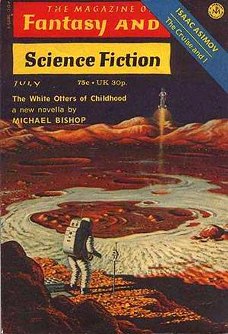 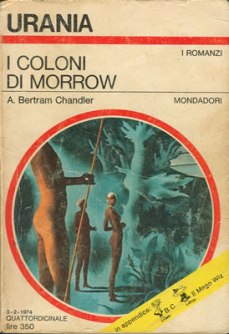 The story has appeared in couple of publications, including "The Magazine of Fantasy and Science Fiction: July 1973" and "Urania #637" (pictured above). The following are some excerpts:

Hill saw no sign of his quarry. Nevertheless, he knew she was somewhere in the valley. The Hujiri had told him she was childlike in more ways than one and kept irregular hours. More than likely she was taking a nap in some secluded bower.

This passage soon after he spots his target:

Consequently, it was some time before he realized that the young and lovely girl sleeping at the foot of the cliff far exceeded her seeming size.

And this segment reflects the doubts his higher-ups had:

It had occurred to Galactic Guidance. Hill's dossier contained not only the information he had volunteered but the data GG's investigative division had dug up behind his back. The latter far outweighed the former, and it said as plain as day that a mission involving a sadistic giantess would be suicidal for Norman Hill. Why, then, had Galactic Guidance dispatched him post-haste to Primeval?

You can read the complete story here or here.