Story identification: live action sci-fi series about aliens related to a comet and gold hexagons as the symbol

I have been looking for this series on google for several tries, each time with zero results.

All I have is that the series had a female protagonist. She lives in a small town, and a comet comes by and hangs in the sky for a while. She discovers the town has a strange cult/aliens that are using hexatonal gold pieces to power a machine. I can vaguely recall an early episode being about a different girl being into archeology, and the protagonist is a dick and steals a bracelet from her?

The stupid thing is that this used to show on KinderNet which is a absolved dutch channel, which had a knack for finding extremely obscure television shows(the secret of treasure island and Argaï: the profecy amonst them) 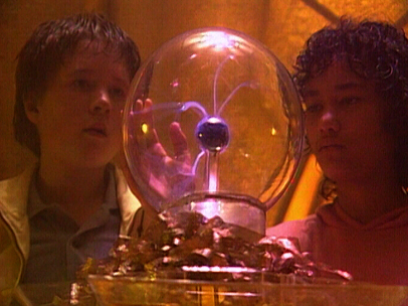 Night of the Red Hunter

You're right, it is an obscure show. But there have been others looking for it in the past :-) Anyway, here's a synopsis:

Night of the Red Hunter is a 1989 mystery series aired on Television New Zealand about two runaway children named Peter and Maggie. The two bump into each other in Piper Valley, a small countryside town. A crazy man chases them into a graveyard where they choose to hide.

They stumble upon the "treasure":

The kids accidentally trigger a secret opening in the graveyard and fall. They find themselves in a room filled with intense light. Looking around, they discover strange equipment and millions of dollars in gold artifacts. But before they can explore further, they faint. 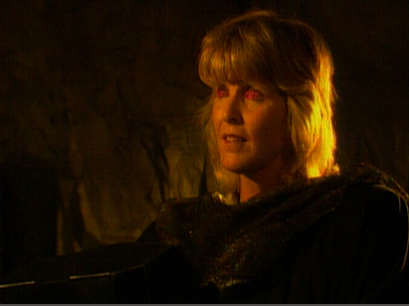 How these kids meet the aliens:

The children wake up the next day with no memory of the previous night in the farmhouse of the Pipers, a seemingly friendly yet somehow sinister family. They turn out to be a race of benevolent aliens, stranded on Earth until they get their ship repaired.

More about the mysterious cache of gold:

The aliens are allergic to the gold which they require to power their ship, mentioning in passing how the Earth is poisoned by the toxic effects of our own fuels. 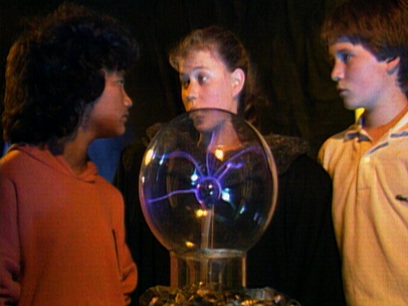 A brief mention of the comet you brought up in your post:

Meantime, the comet Nimrod is about to pass close to Earth, but Nimrod is really a planet-killing weapon with the power of a thousand nuclear weapons, and the Earth is doomed unless the scrappy runaways cooperate with each other and a slightly older alien child.

~ Edited from tv.com and Time Capsule (by J. P. Harris)

Find out more about the show and watch a few clips here.