Why did Rev Bem's appearance change?

Rev Bem (Reverend Behemial Far Traveller) was a regular in the first season and a half of Andromeda, and looked more-or-less like a typical Magog. He makes a guest appearance in the 3rd season episode What Happens to a Rev Deferred?, at the end of which he is physically transformed into something that looks more like a cross between a Magog and a human. He only appears once more, in the 4th season episode Fear Burns Down to Ashes. 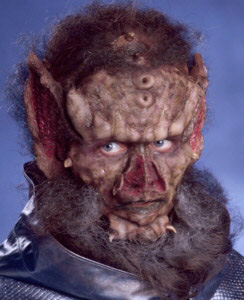 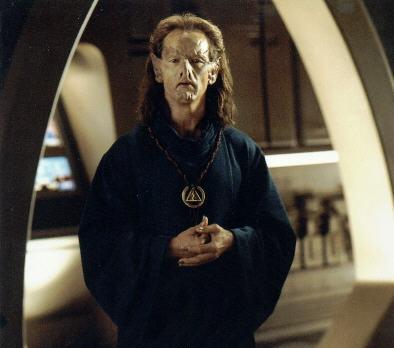 Why did he have this transformation? I didn't notice any in-universe explanation (the change is commented on, but in the short screen time afterwards didn't appear to have any significant impact), and it's hard to see what an out-of-universe explanation would be, given that the character had only a single additional episode (e.g. it seems unlikely it would be to improve the ratings of the character).

If the change had occurred around the time that Rev Bem left Andromeda, I would have guessed that it was related to something that was planned for the show and never happened (like so many other things), but this change was introduced a year after he had already left the ship and show.

For an out-of-universe reason, from the Andromeda wiki:

Rev Bem was last seen in season 2's "Ouroboros". Brent Stait developed a latex allergy during the shooting of season 1 and early season 2, and was unable to wear the Magog prosthetics any longer. The "transformation" to Rev in this episode may allow Rev to return for future episodes.

Health difficulties with the original suit is what I've always heard as the main reason. The in-universe explanation was that he evolved in to the newer Magog form (remember that there were Magog "leaders" that had this form before in the series, and later on, the Magog attacking from the future were all like that).

10
Why didn't Andromeda have an android body?
6
Where did the extra crew come from in Andromeda S03E12-The Dark Backward?
1
Seeding Planets with Humans, Explanation
4
Why are the Magog so poorly equipped?
10
How did Tyr lose his bone blades?