Was Carn Dum of Angmar built over Utumno?

While rereading the Silmarillion, I've been having some fun contrasting maps of Middle-Earth during different ages (found just by Googling.)

I noticed something odd. Consider this map of the First Age:

One can see the ruins of Utumno in the middle of the Iron Mountains in the north.

Now take a look at this map of the Second Age:

Here Beleriand has sunk into the sea, but one can still trace the line of the Iron Mountains, with a hill in the north of Eriador roughly in the same location as Utumno, east of the Ice Bay.

Now compare that spot with a map from the Third Age: 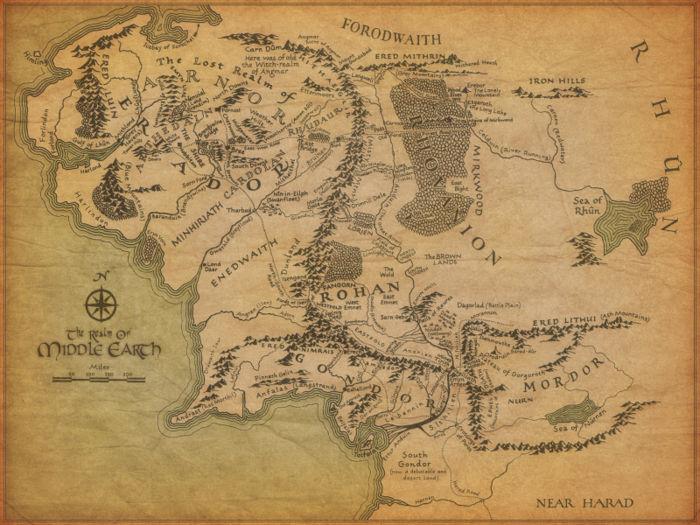 That hill appears to be the site of Carn Dum, the capital of Angmar.

My question, with a few follow-ups:

The first map above was drawn by Karen Wynn Fonstad, is from The Atlas of Middle-Earth, and is based on an old Tolkien map published in History of Middle-earth 4. The original map just had coastlines, mountains, some rivers, and other major geographical features, and much of what's on the Fonstad map is either conjectural or deduced from information elsewhere (an example is the relationship between the Inland Sea of Helcar and the Sea of Rhun, which comes from a CT note in HoME 11).

The second map is obviously based on the first, but with the new coastlines following the Drowning of Beleriand in place. There's no Tolkien map (at least none published, or unpublished that we're aware of) to provide a basis for this, aside from the north coast, which was based on a Tolkien sketch map in HoME 7.

Regarding the location of Utumno, the only statement giving a clue is in footnote 25 to Return of the King, Appendix A:

I'm not aware of anything more definite than that, and based on this statement I conjectured here that the Ruins of Utumno are actually under the Icebay of Forochel.

A complicating factor is that at the time LotR was written, and the geography of the Third Age was designed, Utumno was actually not a separate fortress at all, but rather Angband was built on the ruins of Utumno following Melkor's return from destroying the Trees. Utumno and Angband as separate fortresses both dating back to early times entered in post-LotR revisions to the Quenta Silmarillion texts, specifically those which CT names "LQ 2" and dates to 1958. See further HoME 10 and 11.

It's therefore the case that at the time the LotR map was designed, the intended location of Utumno would have been somewhere under the Belegaer, to the north-west of Himling.

Fonstad’s map places Utumno more than 2400 miles (using the scale provided) from Cuivienen, where the elves awoke and began their journey toward the west. Notwithstanding the unknown physics of Ea and Arda, would it have been possible for the elves to hear the sounds from the siege of Utumno and see the lights (from fires) and great clouds (of smoke?) arising from it that far away? Based on other observations, we can assume that 1) Arda was flat then so there was no horizon and 2) elves have far superior vision than other races. Given theses two assumptions, maybe it’s not such a stretch to accept that even from 2400 miles away, the elves could have seen and heard the siege of Utumno. If we discard these assumptions then Utumno must have been located closer to Cuivienen than shown on Fonstad’s map.

“...the Quendi knew nothing of the great Battle of the Powers, save that the Earth shook and groaned beneath them, and the waters were moved, and in the north there were lights as of mighty fires.”

“It is told that when the hosts of the Eldalië departed from Cuiviénen Oromë rode at their head upon Nahar, his white horse shod with gold; and passing northward about the Sea of Helcar they turned towards the west. Before them great clouds hung still black in the North above the ruins of war...”

— The Silmarillion by J.R.R. Tolkien

My take on all this was that Utumno existed much closer to the pole than what's shown here. The fact that someone basically 'guessed' the location of Utumno when drawing up that first map makes sense. I'd place the ruins of utumno near where the cape of forochel is.

I don’t think so because according to the The Encyclopedia of Arda Carn Dûm may have been a settlement of the dwarves once.

It sunk into the sea, and was wiped out. Compare the first map with the last one. U can see on the second map the sea starts at the blue mountains. angband lay beyond that. I think utumno lay next to the ice bay

43
What is the relationship between Beleriand in the Silmarillion and Middle-earth in Lord of the RIngs?
6
What happened to Utumno?

29
Maps of Middle-earth
5
Was the Witch-King of Angmar truly a witch?
6
Who were the men of Carn Dum?
6
Is there a map of Middle-earth during the second age?
34
What was the shadow that passed over the fellowship on the path from Hollin to the mountain-pass?
81
What was the tallest structure built in Middle-earth?
6
How did Gandalf get his second staff back after it was destroyed by the Witch-king of Angmar?
5
Why was Smaug able to take over Erebor with such ease?