Sci-fi series about a parallel world peopled by lizard men, the portal of which was discovered by an alcoholic in his apartment?

My sister owned a series of maybe 3 -4 books, written in the 80's, maybe? It starts out that a middle-aged alcoholic meets a startled lizard guy in his seedy apartment - the lizard guy accidentally opened a portal between their worlds? The guy is taken to their world, sobered up and ... my memory fails me after this. There were names with lots of S's - like Jassa? Jurssa? Tessa? Does this ring a bell with anyone? It's been driving me crazy for years trying to remember, and track the series down! Any help would be SO appreciated! Thanks!!!

Ward Hawkins's Red Flame Burning is one of the titles in the Guss series. This is a summary of the book:

Harry Borg is an aging alcoholic who is waiting for death when one day a nail appears in the middle of his apartment sticking out of an invisible wall. When the hole caused by the nail is enlarged (from the other side)a nice guy named Guss pops in. Guss is a reptilian humanoid who seems to find Harry VERY interesting. One day Harry wakes up to find he is now young, handsome and about to go on an adventure that is out of this world. It seems Guss's people need help. While they are very advanced they have been fighting a war for thousands of years and are starting to lose it. They figure the aggressive human's courage and strengths can help them win it. But what happens when the Hero finds out that some of his 'Allies' look at him like we would look at a good T-bone steak? Lizard-people with flying cars, giant bugs used as guard dogs and Grade "A" humans that go great with barbecue sauce, what more could you ask for in a sci-fi book? 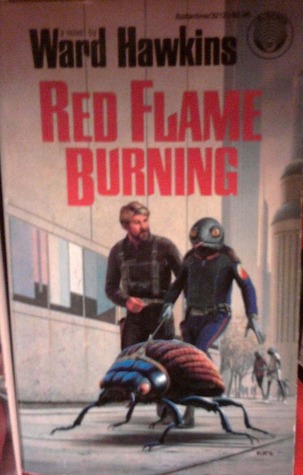 It was followed by Sword of Fire, Blaze of Wrath, and Torch of Fear.

At the Narrow Passage by Richard Meredith?

8
Young adult book about a boy(?) who gets sent through a portal to another world which is really the distant future
5
Sci Fi series of books about America being cut off from the world with no electricity
10
Sci-fi novel with lizard people running the government
4
Comic/graphic novel series about 4 kids traveling to a parallel world
11
Sci-fi short story about a parallel world, whose inhabitants kidnap women and slaves from our world