Can the Doctor give himself unlimited regenerations?

Keeping within the official Doctor Who canon, is it possible that the Doctor could transfer regeneration energy to his past self an unlimited number of times? Is there any aspect of the Whoniverse that would indicate that this is not possible?

I'm not certain that transferring regenerations between himself at different points in his timeline would work as supported by Who canon. Of course, if a writer felt such a solution was the answer to a problem, everything would be Timey-Wimey and such a feat would be accomplished regardless, but I can't point to any extant material that supports such a scheme.

The exact system for granting a new cycle remains unexplained.

I feel certain the answer is no - The Doctor could not use time travel to keep giving himself his regeneration energy back - for TWO reasons - one canon, the other is simple mathematics.

In-universe, The Doctor meeting him/herself is in itself an anomaly. When Doctors from other timelines leave, they do not return to their timeline - they do not "retain" the experience. Whatever happens during this anomaly does not return with them to their timeline, and only the remaining Doctor whose timeline it was retains the experience. Note this conversation from The Day of The Doctor:

WAR DOCTOR: I won't remember this, will I?
ELEVEN: The time streams are out of sync. You can't retain it, no.

But even if all that could be ignored, the mathematics of it means it isn't possible.

Ignoring this new part of The Doctor's previous existence as 'The Timeless Child' that we currently know nothing about (or even if it is all true), we must assume that, even if The Doctor did previously have unlimited regeneration power, The Time Lords found a way to limit The Doctor to 12 regenerations (making for 13 lives), perhaps using the same genetic engineering they used on everybody else. If this were not the case then Eleven would not have sat dying of old age, unable to regenerate until a new cycle was bestowed upon him. If The Doctor holds enough energy for 12 regenerations, he could only give his past self whatever was left, so he could still only have 12 regenerations. Also, if a Time Lord can only hold 12 regenerations, it isn't possible to "stock up" on regenerations.

Sixth Doctor has 7 regenerations left. He travels back in time to meet First Doctor. First Doctor is already holding 12, so he can't hold any more.

Sixth Doctor travels forward in time to give Eleven (who is actually Thirteen because of Ten's wasted regeneration and The War Doctor) his remaining 7 regenerations. This causes an anomaly, because no matter how many regenerations he gives Eleven, Six now does not have enough regenerations to ever become Eleven.

Ten travels back to give Nine his remaining regeneration. Nine now has one extra regeneration, but for this to be sustainable, he must do the same when he becomes Ten, so he won't actually get an extra regeneration at all. After he gives the extra back to himself as Ten, he will just have his original 1 (or 2, depending on whether Ten has wasted his regeneration on his hand yet) left.

Yes If The Master is to be believed. In The Season 12 finale of Doctor Who, “The Timeless Children“, The Master persuades the Doctor to join him on Gallifrey, where he forces her to enter the Matrix. He shows her the secret history of Gallifrey and its native Shobogans.

Tecteun, a space explorer, found a "timeless child" with infinite capacity to regenerate.

She adopted the child and studied her, successfully grafting her regeneration capacity into the Shobogans, transforming them into Time Lords; they chose to limit a Time Lord's regenerations to twelve.

The Master reveals that the Doctor is the "timeless child".

Tecteun and the child were inducted into a clandestine organisation called the Division, the details of which were redacted from the Matrix.

Unless of Course the Master is lying

Where did the extra water come from? Answer: there is no new water, it's the same old water.

Here's a diagram, with time passing from left to right: 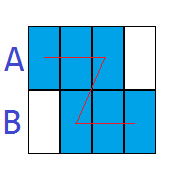 Exchange the cups for timelords and the water for regeneration energy and you see that it's impossible to create infinite regeneration energy, the energy always has to go somewhere. The transfer is set in stone, any deviation would cause a paradox or some similar time problem.

If you prefer to think in terms of timelines, the energy/water's timeline is a linear piece of thread. All time travel does is fold the thread in on itself; the thread is still the same thread.

My short answer is "Yes! Doctor Who is potentially immortal."

Feel free to prove this theory wrong after considering the following:

If the future Doctor instantly receives a new regeneration upon transferring it to his past self in the same way that the future sonic screwdriver had been running calculations from the past, he could repeat this process until reaching his full capacity for regenerating energy. Then he could return to his time line, ten minutes in the future, and go about his business.

Possibly, spoilers for Doctor Who season 12 below:

If Doctor Who episode "The Timeless Children" is to be believed, according to "The Master" The Doctor was not born on Gallifrey and was instead sent from a "Parallel Dimension" from Somewhere or Somewhen and was discovered by a native inhabitant of Gallifrey in "The Early Days Of Gallifrey" and experimented on to create the ability to Regenerate. But this could all be lies because it was told by The Master and someone who just happened to call themselves The Doctor rather conveniently whilst The Master controls aspects of the Matrix.

So yes if The Master is correct then He/She could infinitely give her/his past incarnations extra regeneration energy but it would be useless because if The Master is telling the truth then The Doctor is immortal.

Yes it is possible in theory. But I can only recall a single instance of a future version of a timelord being wiped out from timeline changes. So in practice it is not possible and has never happened.

Other answers have already established regeneration transfers particularly between River Song and the Doctor. So I want to focus on the paradox issues.

The only example of a future Doctor being erased I'm aware of is the version of Matt Smith's Doctor that died on Trenzalore. Changing that timeline involved a fairly large paradox of introducing Clara into the past of 11 so she could fall through the timescar left behind when he died. Ultimately leading to a timeline change where the Peter Capaldi Doctor was created and 11 didn't die. Note the Doctor commented that only Gallifrey could pull off a timeline change like that.

So if you could get anything from a future version of one's self and then keep the stuff and never give it back because that future no longer exists - yes mathematically that's a free lunch. If somehow the version of 11 that had never met Clara and we never actually saw on screen had some spare lives and gave them away those regenerations would not disappear in my opinion.

But that kind of paradox does not generally exist in Doctor Who. And the unseen version of 11 had none to give away anyway.

The Two Doctors special might be important to consider where 2 and 6 met for how time works in Doctor Who. Things that happened to 2, specifically some genetic changes, instantly started to affect 6. But it didn't change any Doctor Who adventures that had occurred in between their lives or 6's past. (This is kind of like how Back to the Future or Looper timeline updating works)

So if in a new adventure 6 gave lives to 2 I'm forced to conclude he normally would not disappear from the paradox but still exist to collect them back. So no net gain ultimately.

104
Is it true that The Doctor can only regenerate 12 times?

3
Is the TARDIS the most powerful thing in the Doctor Who universe?
10
Why didn’t the Doctor give Rose some regeneration energy?
3
Can Gallifreyans regenerate their head?
3
Doctor Who: Can regenerations be stolen?
6
How many non-Doctor regenerations have we seen on-screen?
18
How were the Doctor's regenerations revealed to the public in the past?
3
Why can’t The Doctor continually regenerate into the same person like he does in Journey’s End?