Why did the observers travel through time instead of colonising a new planet?

So I finally watched the last episode of fringe and apart from the plotholes/paradoxes time travel always creates in any book or movie, I liked it.

One question though has always bothers me: the observers destroyed their planet. They traveled back in time and took over because the planet wasn't destroyed at that time. Aside from the inherent problems with their invasion and subsequent changing of history (so they probably could not be created in the first place in 2167), wouldn't interstellar travel be easier to achieve than traveling back through time?

Why take the risk with all the timelines? If you are at the technological level necessary to effortlessly move through time and space, shouldn't finding a new planet and settling there be incomparably easier?

What do you think?

We all like Sci-Fi and speculative fiction here and we're all willing to suspend our disbelief for a well crafted story. That, Fringe is not. As far as I can tell, Fringe does not even try to be internally consistent, I doubt you'll find an in-world answer. I've watched the damn thing from start to finish and the number of direct contradictions, completely illogical "science" and just pure bull excrement is impressive.

The example you raise is a case in point. Never mind space travel, there is no evidence that the Observers had access to space. There is plenty of evidence that they have access to a multitude (infinity in fact) of parallel universes, on many of which humanity would presumably not have evolved or have gone extinct. They could very easily relocate there rather than dick around with time. They did not because the story wouldn't work.

I think it's a question of energy. Even with the great technological advances of the Observers, they're still limited by the need to move matter around using energy. Aside from short-range, lightweight teleportation, it looks like they still have to get from place to place the hard way.

Time travel, in the Fringe universe, seems to be a cheat on this. Opening a gateway to the past seems to be cheaper, energy-wise, and furthermore, once you've opened the gateway, you have a world already structured just like you want it, minus a little minor terraforming.

It is probably much cheaper and easier to take an expeditionary team to another planet than to take that same team to the past, but the economies of scale compound when you're planning to transport a large population.

May be Observers were able to do interstellar travel(as they can create wormholes) but were unable to find habitable planet according to their living needs. So they end up using the past of planet earth

Because they aren't trying to colonize, they want to change the Earth (for themselves) 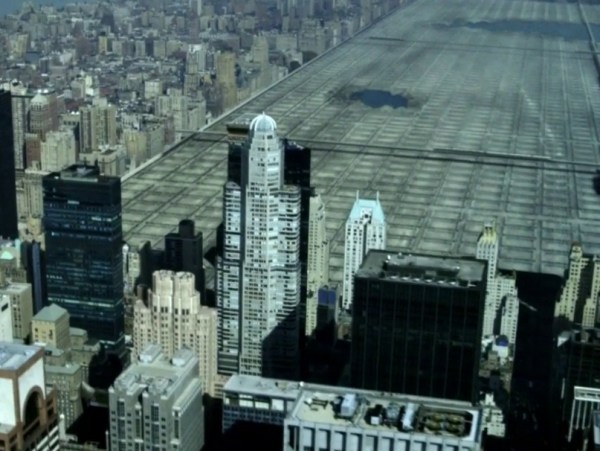 It's not like overpopulation was the Observer's problem, the problem was that they had broken the planet:

By the year 2609, the Observers had ruined the planet. To rectify this, a plan was put into place that involved going back in time and taking the planet from modern-day humans.

From the episode Letters of Transit:

WALTER: (remembering The Purge) They weren't all bad, you know. One of them even tried to help us. He was called September. What happened to him was... well, unexpected. He told me that, in the year 2609 A.D., they finally ruined the planet. (turns of the holographic device he was studying) They poisoned it -- the air, the water. And when it was fundamentally uninhabitable, then they traveled back through time, and took our planet from us. (resolves) Yes, I can build it.

So look at it from the emotionless Observer perspective. They could:

Since apparently time travel wasn't a big issue for them, the only really remaining issue is that pesky bit about feeling bad that you've placed you ancestors into subjugation. But of course - you're an Observers, and you don't really have access to that emotion so your next question is probably about what is for lunch and when is that invasion thing scheduled...

Not the answer you're looking for? Browse other questions tagged time-travel fringe time or ask your own question.

6
Why did the Observers invade?
5
Why dont the observers catch the fugitives?
21
Time traveling astronaut appearing frozen to observers in time travel accident
6
Why in last episode of Fringe they are using a time machine while they can use December or the September's son to travel to 2167?
5
I was reading a book about a boy who was able to travel through time, and i am trying to remember its name
1
Biff To The Future Time Travel Paradoxes
28
Older science fiction book about time travel to retrieve things but they went sideways through the dimensions instead
5
Pre-2000s novel about tourism through time travel
3
Searching for time-travel movie set in New Zealand