I read a book ages ago and am looking for it again but can't seem to get google to chuck it up from my search terms.

What I can remember of it is that there is a female lead character and she discovers a secret about an alien race. This race is the only one in the galaxy that has FTL and transports around other races (or just humans - I don't remember) but it turns out in the past they they'd used the starship's FTL drives to cause supernovas and wipe out the race that used to have the technology in a massive genocide.

Opening of the book is about humans looking at the stars and noticing a lot of them blink out of existence in a certain area of space.

Hope someone can help. 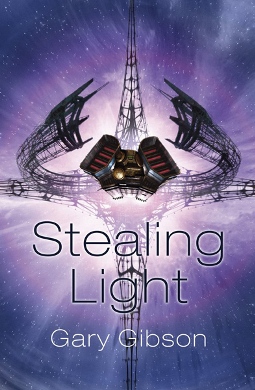 Could be "Stealing Light" by Gary Gibson.

It's the first book in "The Shoal Sequence" series. Here's what the blurb says:

In the 25th century, only the Shoal possess the secret of faster-than-light travel (FTL), giving them absolute control over all trade and exploration throughout the galaxy.

Mankind has operated within their influence for two centuries, establishing a dozen human colony worlds scattered along Shoal trade routes.

Dakota Merrick, while serving as a military pilot, has witnessed atrocities for which this alien race is responsible. Now piloting a civilian cargo ship, she is currently ferrying an exploration team to a star system containing a derelict starship. From its wreckage, her passengers hope to salvage a functioning FTL drive of mysteriously non-Shoal origin.

But the Shoal are not yet ready to relinquish their monopoly over a technology they acquired through ancient genocide.

From a review, the part where the humans spot a disturbance in space:

This starts off early, with the revelation that humans had recently detected a massive series of supernovae in the Large Magellanic Cloud. In addition to creating a sense of foreboding and mystery, it drives home the inhumanly vast scope of events, in both time and space - it took 160,000 years for the light from this catastrophe to reach human territory...

An extract from the book describing it:

The first supernova had appeared six years before, early in the autumn, and just a couple of days after Dakota’s sixteenth birthday. It had blossomed like cold fire, briefly one of the brightest elements in the night sky, before gradually fading out over the following weeks. Then, over the next several years, dozens more had appeared at irregular intervals, shining brightly for a few brief weeks before again fading back into stellar anonymity. And all this had occurred within a relatively tiny sector of a neighbouring galaxy.

7
Fantasy book about a human female guard raised by feline race and whose commander has wings
16
book about telepaths hunting humans
7
Sci-fi book with 3 races of humans?
4
Book about kids facing world ending scenario
15
Post apocalyptic sci-fi book where Earth is destroyed and humans from the Moon and Mars go on a rescue mission
7
90s (or earlier) sci fi book about demons being an ancient alien race
6
Looking for a name of science fiction book similar to John Carter of Mars