Where do the Aliens come from?

I watched all movies of the Alien series and I'm still unsure about the origin of the Aliens.

In the first movie it somehow got onto the Nostromo spaceship. Then in "Aliens vs Predator" there is something about the Predators keeping Aliens just to hunt on them.

I am confused. Where do the Aliens come from? 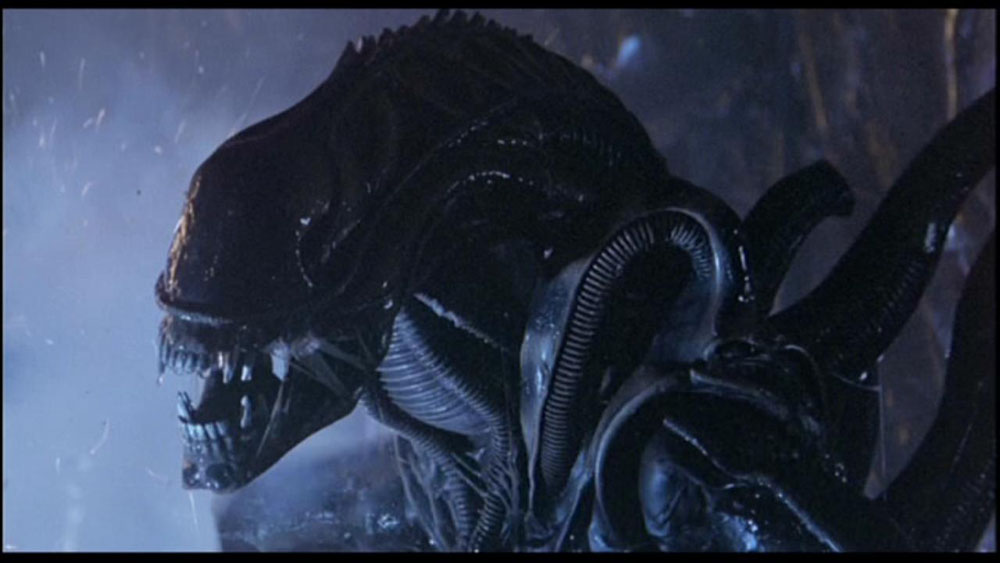 We don't know. James Cameron never wrote a back-story for them.

The shortest answer is that there's no canon explanation for their origin. The writer; James Cameron never created a back-story for the xenomorphs, content that each movie should stand on its own merits as this interview shows;

"Daniel Line asks more questions about the derelict which, as a writer, I could provide plausible answers for, but they're no more valid than anyone else's. Clearly, the dental patient was a sole crew member on a one-man ship. Perhaps his homeworld did know of his demise, but felt it was pointless to rescue a doomed person. Perhaps he was a volunteer or a draftee on the hazardous mission of bio-isolating these organisms. Perhaps he was a military pilot, delivering the alien eggs as a bio-weapon in some ancient interstellar war humans know nothing of, and got infected inadvertently."

If you want to go into more depth, there is an extensive speculative commentary on Aliens Wikia regarding the origin of the "xenomorph" aliens that Ripley and others encounter in the Aliens Franchise movies.

In brief, there's no in-universe description of where they came from, nor have we seen either their genesis as a biological weapon, or as a naturally evolved species on their own planet.

We do know from the film Alien that they weren't native to LV-426 and in the film Prometheus we see them being experimented on genetically (which definitely lends credence to the suggestion that the alien pilots seen in Alien and Prometheus were intending to use them as a bio-weapon) but that's about it.

There's also no indication whatsoever that the Predators had any hand in their creation.

The Xenomorphs are almost certainly biological creations of the Engineers shown in the film Prometheus.

While it is possible that a race of beings could have evolved to predate upon human beings or been biologically adapted to do so, it is more likely that such a being would be created to do so rather be a naturally occurring entity. Given the Xenomorphs proximity to the Engineers a reasonable inference can be made that their existence is the result of Engineer bio-technology experiments.

If you want to follow the comic books (which are non canon), they are simply animals taken from their own environment, where they (quite possibly) weren't even dominant species. I remember reading one version showing some unidentified alien fighting his way through the hive to steal one egg - once he was in space, the egg hatched and he became infected.

The Aliens wiki has some information about Xenomorph Prime

If you've played Alien vs. Preditor, the videogame, at the end, the human race learns about the xenomorph home world location, but you can't tell where because the language on the computer is the preditor writing.

I gotta say, I've watched almost all alien series and i think I've figured it out that where is the xeno-morphs came from. OK, so in the first movie alien, the star-ship Nostromo got a distress signal from an unknown alien vessel. The place they landed was on Lv426. A The team went to go investigate then they saw the eggs in the space jocky( Alien Ship), yep, we get it. xeno-morph got to them. You know what happens in alien okay? Ripley escaped and was the survivor and went to cryo freeze. In the next movie called Aliens, which is the 2nd movie. Ripley was luckily found in a shuttle and yeah, she woke up at a hospital or something. She tells these people, idk who, but she tells them about the xeno-morphs on Lv426. And that's where the xeno-morphs where found. They didn't believe her because they said, there's nothing wrong with Lv426 and there hasn't been a problem about these creatures. There is a colony on Lv426 as they told her, she was in shock and she asked, '' how many families?''. The people said about 70 families. OK never mind about aliens, if you are reading this, you've probably watched the second movie ( Aliens ). A family got to a space jocky and yeah, a xeno-morph got to them. Yep a xeno-morph, a face-hugger from the same place from the first movie. They are on the same planet Lv426. So, you guys get it? Xeno-morphs came into Alien, to Aliens but where did they come from? Oh my friends, i think i know.

All the alien series( movies ) are in a timeline right? And Prometheus is a prequel to alien. Which means prometheus is first in the timeline I'm pretty sure that there were no xeno-morphs, before the prometheus time. Which means that in prometheus. The Xeno-morphs species were created, and i think i was the only one who knows that made them. Engineers? NO. Lets get to it!!

As you the the android from prometheus sabotaged Dr Holloway's drink and he got infected with the black goo. He had an affair with Elizabeth before turning into an alien Zombie. That made her pregnant with an alien baby which was the first face-hugger! She went to take out the alien with a machine, idk how to describe it. It looked like an alien snake from the black goo. It is a hybrid, i think sort of a human and black goo. At the end of prometheus. The first face-hugger goes into the engineer and then the first Xeno-morphs species were created!! There you go!! All the deaths in alien series(movies) were all because of a curious android named David. If it weren't for his sabotage, none of this would of happen in the movies. But it did and the mother of the species (Xeno-morphs) is Elizabeth Shaw.

All this is based on my opinion and the alien movies I've watched, if you think it is wrong, do you have an answer why?

Elizabeth Shaw created the species known as Xeno-morphs shown in prometheus. There's only one problem, I haven't seen Alien Covenant and i don't know what a protomorph is. I don't know the origin of proto-morphs. Maybe they're different species.

Not the answer you're looking for? Browse other questions tagged aliens alien-franchise alien-vs.-predator or ask your own question.

9
How do the Predators select and transport their Trophies?
4
How do Predators store their Combi-Stick?
6
How predators plan to get hosts for their hunt?
9
Movie where aliens/monsters electrocute people
9
What was the name of the tv show about a guy who lives in a town with aliens disguised as humans?
22
Old scifi movie where aliens disguise as humans
8
Movie: astronauts visit a Mars-like planet with aliens passing as humans, alien embarks the ship, which destructs before landing on Earth
16
Why do the aliens in Aliens "mostly come at night, mostly"?
9
What is the difference between the Xenomorph in "Alien: Covenant" and the ones in "Alien vs Predator"?