All people from Gallifrey are considered Gallifreyans; but what differences, if any, are there between Time Lords and common Gallifreyan citizens other than having a TARDIS?

The Time Lords are the rulers of Gallifreyan society as well as their military leaders, selected from early childhood (age 8), shown the untempered schism and educated at Timelord Academy for approximately three centuries before being granted the right to use a TARDIS to undertake missions authorised by the High Council of the Timelords.

It appears that they were also the only ones eligible to stand for High Council, to serve on the Inner Council and to serve as judges and inquisiters although it may be that the terms Timelord/Gallifreyan are being used interchangeably or that attaining these roles makes you a Time Lord (e.g. irrespective of upbringing).

History doesn't record whether only the Time Lords were allowed to wear silly hats in Gallifreyan society; 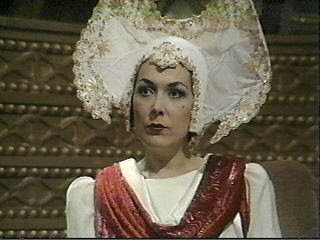 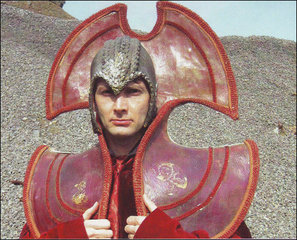 There is no actually concrete answer to this... Gallifreyans are technically the inhabitants of the planet Gallifrey and Time Lords are Gallifreyans as well, though there are varied accounts as to how the Time Lords came to be.

According to I.M Foreman Gallifreyans and Time Lords were a separate species due to the intervention of Rassilon.

I.M. Foreman stated that Time Lords were a separate species due to Rassilon's intervention. (PROSE: Interference - Book One)

Matt Smith's Doctor stated that Time Lords evolved from the original Gallifreyans from continued exposure to the Time Vortex and Untempered Schism.

The Eleventh Doctor and Vastra said that the Gallifreyans evolved into Time Lords via exposure to the Time Vortex and the Untempered Schism over billions of years. (TV: A Good Man Goes to War)

There are still Gallifreyans whom are not Time Lords, some which lived outside of the Capital Cities. 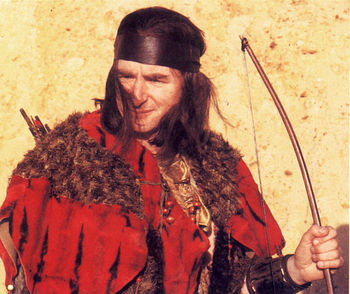 Living in the wild lands outside the Capitol, bands of Gallifreyans called Outsiders lived a primitive lifestyle, wearing fur skins and using weapons like bows, arrows and spears for hunting food. (TV: The Invasion of Time)

There are also non-Timelord farmers in the series such as in the episode Hell Bent.

There was a community of Gallifreyan, non-Time-Lord farmers in the Drylands. (TV: Hell Bent)

It is also stated that at one point in the history of Gallifrey that non Timelords who were in religious orders were given access to certain "rights".

At one point in Gallifreyan history, members of Gallifreyan religious orders who were not Time Lords were nonetheless given certain rights: access to time travel, certain genetic privileges, and the right to observe High Council procedure. However, the High Council later disestablished the churches, monasteries and other religious orders, effectively abolishing these rights. (PROSE: Interference - Book Two)

As previously stated Time Lords were the ruling class of the planet Gallifrey when Doctor Who was introduced.

The Time Lords (sometimes called the Lords of Time or, rarely, Chronarchs) were the oligarchic rulers of the planet Gallifrey, and thus also Gallifreyan. (TV: The Hand of Fear, The Deadly Assassin, PROSE: Interference - Book Two)

Essentially from all this we can determine that Time Lords are Gallifreyan but a Gallifreyan may not always be a Time Lord.

A Gallifreyan is anyone from Gallifrey. A Time Lord has looked into the Untempered Schism, attended the Academy, and passed the exams.

From what I've researched on Gallifrey and the Doctor, as well as other Time Lords (like the Master and the Rani - boy I had to dig deep for those two) Time Lords are all Gallifreyan, but not all Gallifreyans are Time Lords. At first it was like Vikings and Norwegians (am I right?) where Gallifreyan was the race but Time Lord was a title. Then, because of exposure to the Untempered Schism and the Time Vortex (and perhaps inbreeding, I'm not quite sure) the Time Lords evolved to be a separate race. Like animals and humans, kinda. Like animals and humans are all Earthlings (so to speak) and humans still count as animals, but they're an entirely new species.

Not the answer you're looking for? Browse other questions tagged doctor-who time-lord or ask your own question.

2
What would the Doctor be if he wasn't a Time Lord?
13
Is The Doctor omniscient? Or was he bluffing?
20
What does a Time Lord do?
4
Is the Doctor's Second Heart artificial?
1
What is the demonym for people from Gallifrey?
5
Is regeneration a natural event?
4
Are the Cloisters bells, or a race?

12
Can there be any more NEW Time Lords?
21
Are there any intelligent natives of Gallifrey, aside from Time Lords?
14
How do Time lords/Gallifreyans breed, and can they do so with humans?
4
Why didn't the Time Lords come through and all escape from Trenzalore?
5
Do the Time Lords have a flag?
2
Why are Time Lords afraid of Cloister if it can't stop a TARDIS from leaving?
15
Are Time Lords psychic?
20
Can Time Lords Regenerate Into Children?
24
Is regeneration unique to Time Lords or can all Gallifreyans do it?