When Lex Luthor ran for president, who did the man on the street think it was?

With the switch being explicitly revealed in Action Comics #678 - "Talking Heads".

I recall he lost his hair as the clone body degraded in the Fall of Metropolis arc around Action Comics #700, and next surfaced in Man of Tomorrow #1 "Past, Present & Future!" where he was rejuvenated.

When Lex Luthor ran for president did the general public believe that it was his "son" Lex Luthor II or was it known to the man on the street that Lex had cheated death and had his brain saved and put into a younger healthier body?

The clone rejuvenation storyline was after Zero Hour, and the presidential campaign was before Infinite Crisis, so it wasn't removed from continuity.

As you say, Lex Luthor's clone body didn't last long before it began aging quickly. Lois Lane discovered proof of his clone-ness, and revealed it to Perry White and Franklin Stern (but not to the public, as far as I know). Luthor's body deteriorated so much that he was essentially locked into his body, and his last act was to destroy much of Metropolis (see the Fall of Metropolis arc).

You say he came back rejuvenated -- what happend was that the demon Neron offered Luthor a full recovery in exchange for his soul. Not believing in souls, Luthor agreed. (Superman: Man of Tomorrow #3.)

Luthor returned to Metropolis and turned himself in. At trial he claimed that all of the actions of Lex Luthor II (including, most significantly, the crime of nearly destroying Metropolis) were committed by a rogue clone, not by Luthor himself. Here are scans of the laughably brief trial from Action Comics #737.

He was found innocent (or maybe the charges were just dismissed, it's hard to tell), and the public thereafter presumably assumed that the original Lex Luthor and the man who becomes President Luthor were one man; and the man who claimed he was Luthor's son (with long, luxurious red hair) was a different man. 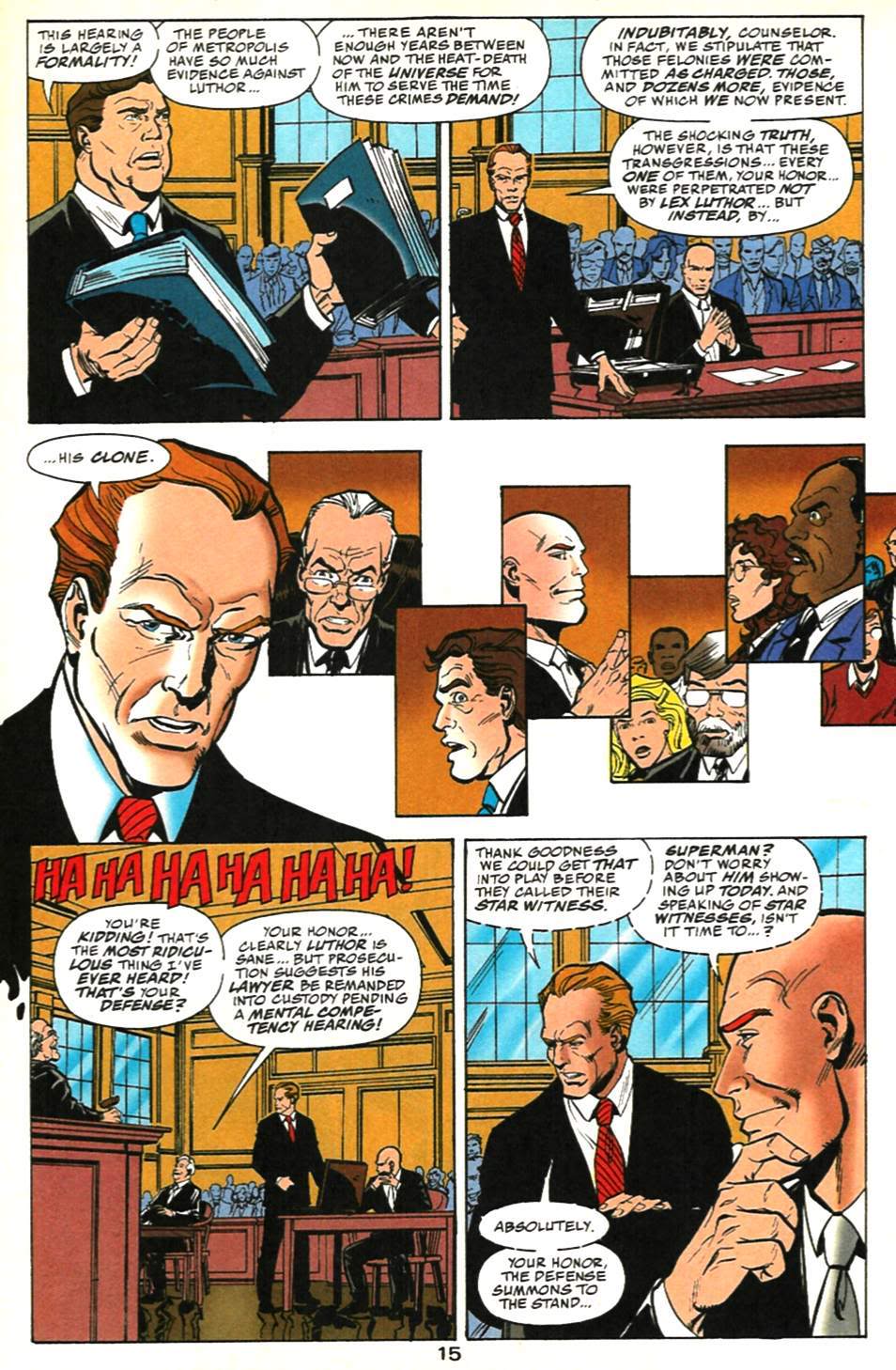 Footnote: One might be able to assume that thanks to the New 52 DCU reboot, Luthor and Neron's exchange no longer happened and he got off scot free.

Not the answer you're looking for? Browse other questions tagged dc superman lex-luthor or ask your own question.