Can Ronan Dex be fed upon by a Wraith (possible plot hole)?

In the the episode Broken Ties, we see Ronan Dex being fed upon repeatedly by a Wraith.

While watching the episode, we realized we had some confusion surrounding whether Ronan can, in fact, be fed upon by the Wraith. We originally thought he was made a runner for two specifics reasons: That he was strong and could provide the Wraith with an entertaining hunting experience, and that they were unable to feed on him.

Searching around the interwebs, we found the following:

Only Wikipedia makes a claim in accord with my assumption, and I have a feeling someone may have written that statement under the same assumption as my own.

While the majority of the resources I've found so far don't make any claim either way, ultimately there seems to be a lack of concrete information. Has there ever been anything mentioned in either the TV or additional source material that might stop or prevent the Wraith from feeding on Ronan? Or did the writers leave the reason(s) open, as some of the online resources seem to indicate?

DEX: I was captured during a culling on my planet. I was taken to a ship. A Wraith started to feed on me.

FLASHBACK. As the Wraith stands with its hand plunged into Dex's chest, its expression changes and it looks perturbed. It looks down to its hand.

DEX: Something made him stop.

FLASHBACK. Dex has been taken out of the cocooning and three Wraith are surrounding him. One plunges a syringe-like object into his shoulder. He is lain face-down on a table and a Wraith takes a knife and starts to cut into his back. Dex grimaces in agony.

Note the Wraith is perturbed. It's not in pain or anything - just annoyed. I don't have a screenshot handy, the exact expression would probably be useful. Here is a screenshot from that scene, but I'm not 100% sure that is the Wraith's reaction to Ronan. 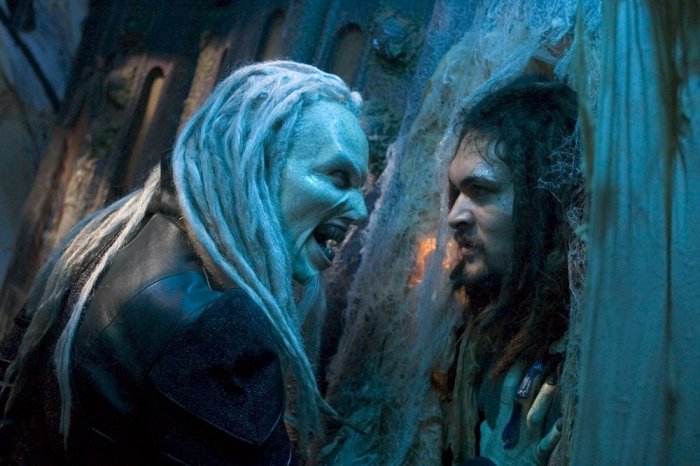 WRAITH: Ronon Dex. I looked forward to the day when you would finally serve me.

WRAITH: Oh, I'm sure you'll try, but in the end, you'll come around.

And is doing so by "feeding" and "reverse feeding":

The Wraith still has its hand on Ronon's chest. Ronon looks old and grey and ravaged, but slowly his youth returns to him and his appearance goes back to normal. The Wraith pulls its hand away. Ronon gasps in exhaustion.

WRAITH: How does it feel to have your life stolen -- to be pushed so close to the darkness, only to be pulled back from the brink? From what I understand, it's a magnificent sensation.

So while feeding on Dex might be distasteful, in this case it is just an annoyance towards the longer goal of making Dex his slave.

No - from what I understand they can feed on him, but when the Wraith fed on him he noticed his strength and decided he'd make for a good Runner.

There is no canon example of a Wraith being unable to feed on Ronan or anyone else, excepting those who are given the vaccine. In Ronan's own words, "something made him stop." It is not implied that he had to stop.

The reason the Wraith keep Runners is also never explained, but I would assume it's a combination of sport and training. It would appear you - and the Wikipedia editor - have simply read more into that scene than was there.

24
How can a Stargate draw power from a black hole?
5
Why did Ronon Dex stop carrying his sword?