Comic book that was released in the 80s

I am trying to find out the name of a couple of science fiction comic books that think were released in the 1980s. They were full colour and contained warfare between all kinds of aliens and humans. The fighting scenes were very gruesome and gory with guns and swords, there were robot-like bikers (medieval looking), they may have been robots or alines/humans in robo suits, there was also some naked female aliens.

These were books not magazines or comics they would be like a modern day graphic novel in size. The artist style was sort of like 2000AD.

I know this is a tall order but any help would be appreciated. Thanks

The book is called Delirius. 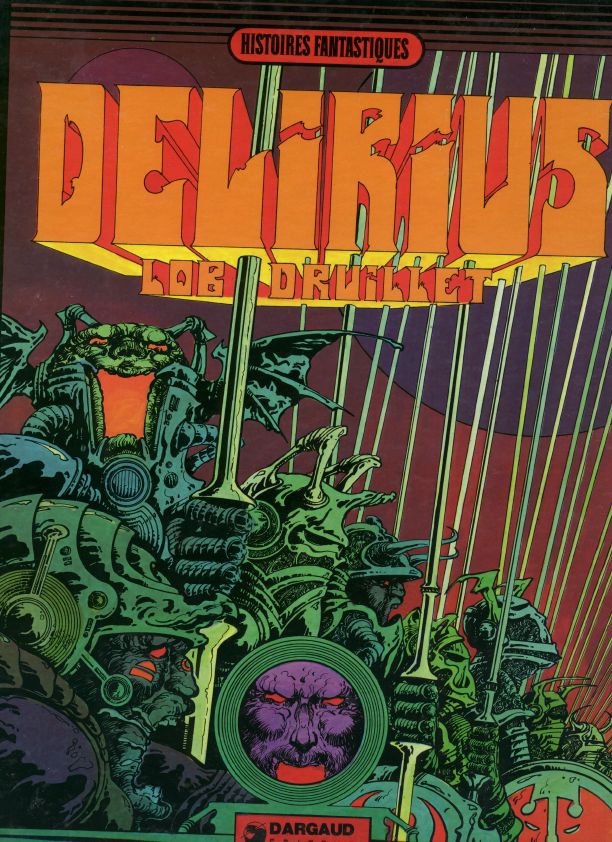 Is it possible you are thinking of the magazine Heavy Metal? It was in full color, has a lot of gruesome violence, naked people and aliens, etc. Sometimes it was fantasy type and sometimes science fiction type. Its initial run was 1977-1987.

As confirmed by the querent the answer is Delirius by Lone Sloane:

Could this possibly be Camelot 3000?

Could you be looking for Walt Simonson's graphic novel Star Slammers? It was the first major work by the artist and writer who later became better known for his seminal run on Thor. 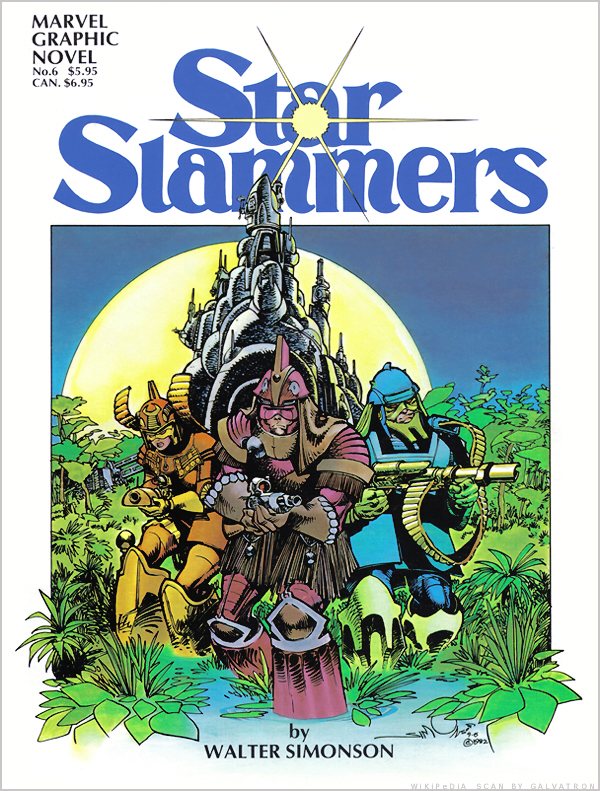 The original volume was published in 1983, and featured battles between human governments, mercenaries, and aliens. There are robots and humans in armor, although I'm not sure about the biker angle. I also seem to recall that the violence was a little stylized, as is the artist's style.

Five more issues of the story were published in the nineties, but the original graphic novel is self-contained.

Not the answer you're looking for? Browse other questions tagged story-identification comics books or ask your own question.