The lightning strike blew out the flight circuits.

Which is why Doc wasn't able to get back to the future.

If the flight controls were shot, is there any mention of how Doc was able to land the Delorean safely and how he was able to reconfigure the wheels back into driving mode?

UPDATE : The August 1989 draft script for BTTF II+III contains some additional info in the letter that the Doc (in 1888) sent to his future self in 1953

"Upon landing, I bottomed out the car, destroying the drive train and flying circuits, making it impossible to get the car up to 88 under its own power"

It seems that the car came in at a shallow angle and landed flat against the underside of the car before sliding along for some distance.

After studying the original footage for the DeLorean flying sequences, it's clear that the car actually has three main flight systems, not just one; 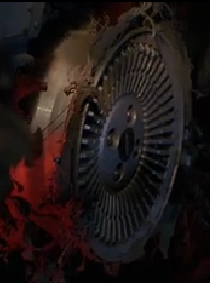 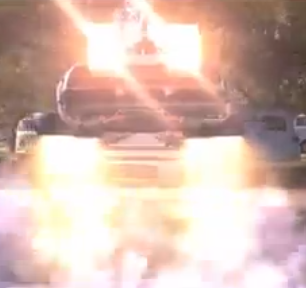 When the doc states that the lightning "blew out the flight circuits", its pretty likely that the anti-gravity was damaged (we don't see the DeLorean flying again) but that could have left the wheel thrusters relatively intact.

Assuming the flight systems were designed to 'fail safe' in the event of a catastrophic loss of power, these thrusters could then be used to pilot the car to a soft landing. Certainly when we see the DeLorean next (in the mine) it appears to be intact and undented.

As to how the Doc rotated the tyres back into their non-flight configuration, I think we can reasonably assume that that was simply a matter of jacking up the car and physically moving them. 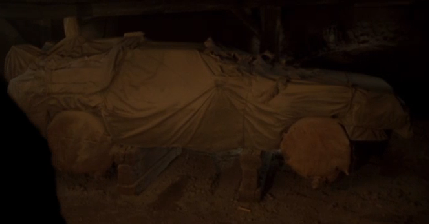 23
Why don't Marty and Doc Brown use petrol from the Delorean in the mine in BTTF3?
18
Why did the time circuits default to 1885?
4
Do any other dates in Back to the Future have any significance out of universe other than November 5?
6
In the Back to the Future trilogy, does Doc ever piece together the letter about the terrorists?
39
Why did Doc Brown take so long to write to Marty?
16
How did Doc know exactly at what second the lightning would strike the clock tower?
25
Were there two DeLoreans in 1885?