Looking for author and title of SF book with following plot.

Humans have been invaded by a Alien Galactic organization and Earth has been declared an exclusive hunting ground for alien hunters. A new alien huntsmaster has been appointed and he/it appears to be strict about putting down human resistance.

I read this in the 90s and I was recently reminded of this story during a conversation about alien invasion themes. Thanking in advance for any clues. 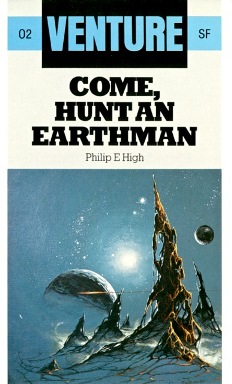 Could be "Come, Hunt an Earthman" by Philip E. High.

From one review, a short synopsis:

In the near future an alien species has established a beach-head on Earth, not as a prelude to invasion, but for gaming purposes. Earth becomes a popular spot for a big-game hunt and, as mankind treats the gaming parties as invasion and fights back with vigour and imagination, a human becomes a prized trophy among the decadent hunting races of the Galaxy.

Another review describes the alien protagonist in the story:

In charge of the aliens are the Hunt Masters who ensure that the hunt rules are followed. The story is told from the point of view of one of the Hunt Masters, through him the reader soon realises that there is more to this particular alien than first thought.

He influences certain humans and though he does not give them the means to fight back, he encourages the resistance of the human race against the hunters.

We learn more about the aliens and their social hierarchies:

He [the Hunt Master] is drawn from an obscure race in the Galaxy, famed for its sense of fair play. So fair, in fact, that his decisions are often challenged by the members of his hunting parties. And the obscurity of his race does not go unnoticed, playing into a wider plot about a Galactic power struggle...

From a book preview, the alien known as Hunt Master and the main human protagonist talk about their recent victory...

The Hunt Master: "This was a mass invasion, not a fatal or decisive invasion but one that had to be countered."

The Hunt Master: "The body of the universe suffered an onslaught, a mass onslaught. Refer it, if it helps, to your own body. This was a virus invasion. You have had a brief feverish cold which your normal defenses have just overcome."

1
Title of a fantasy novel about ape like humanoids that are invaded by humans
15
Story about terrorists that destroy wormhole and leave planetary system isolated from rest of galaxy
8
Looking for title/author of science fiction story about alien resort
4
What is the title and author of a book about a research scientist fending off aliens on a world of large plants?
5
Seeking title / author of a story about alien first contact with Earth
21
Help with title of book about catlike people