How did 'Thing' change locations in The Addams Family (TV series)?

In the TV series Thing was a disembodied hand, that moved from one box or container to another. According to Wikipedia "Thing apparently has the ability to teleport from container to container, almost instantly". There is no reference given for the teleport so presumably that is just a figure of speech indicating the speed of movement rather then the method.

What is the canon explanation for how Thing moved around from one container to another? I can imagine several Fantasy and SciFi explanations, but am looking to identify the canon mode.

My reading is that no in-universe explanation is needed (and that one would in fact be undesirable) because the character of Thing is (in the TV series) a metafictional joke: the viewing audience is intended to understand that Thing is not really a disembodied hand but is of course played by an actor, the rest of whose body must have space to be hidden.

Therefore Thing always has to pop out of a box or opening of some kind, which can be used to conceal the actor's body. And that's the joke.

Metafiction is a literary device used to self-consciously and systematically draw attention to a work's status as an artifact. It poses questions about the relationship between fiction and reality, usually using irony and self-reflection. It can be compared to presentational theatre, which does not let the audience forget it is viewing a play; metafiction forces readers to be aware that they are reading a fictional work.

So an in-universe explanation would actually break this joke, because the real-world limitation on Thing's appearances - that there must always be space for the rest of the actor's body - is the joke.

If one adds an in-universe reason why Thing always pops out of a box, or if one starts to explain how Thing moves from one place to another, then the joke is broken, because one no longer needs to take into account the Addams Family's "status as an artifact"; if there are in-universe reasons for Thing's limitations then they are no longer an ironic reference to the Addams Family's status as a fictional TV show. 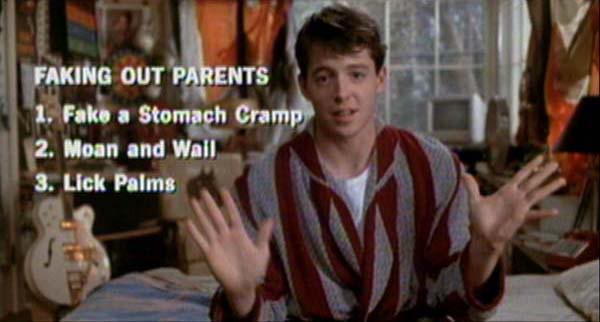 In the Addams Family movie the makers do completely break the joke by using special effects to make Thing actually be a disembodied hand, because the movie is (compared to the TV series) tone-deaf and about as subtle as a brick. IMO.

Through the principle of "no one knows what happens once the door is shut". This is followed in various cartoons. Tom and Jerry and Scooby Doo are a few to name. The room or box (in the case of Thing) must have a door. Once you have shut the door the said cartoon character has the option to come out of any other shut door. Note how Thing can not emerge from a box that doesn't shut closed. In the case of Scooby Doo and the mystery gang, multiple versions of them can pop out from different doors for a while, but must converge back into instance within a stipulated time.

Let's quickly bounce to Matrix Reloaded. The backdoors. Each of these doors are actually shortcuts between two locations. While for the rest of the minds in the matrix these are regular doors, Seraph/key maker know the secret links and hence use the knowledge effectively to move between them.

Now put the two ideas together and voila.

Not the answer you're looking for? Browse other questions tagged addams-family or ask your own question.