This post-apocalyptic movie was probably made in the 80's.

It plays in a matriarchal society, where men are slaves. I remember only one scene, where the main guy escapes a camp of women (the women are like Amazons) and by accident he falls into a cave (the scenery is similar to Grand Canyon). It turns out that the cave is a long lost, hidden fort, and he is in a control room. He sees monitors and computers, and a recording starts where he sees how the human civilization was before the apocalypse, skyscrapers, and such stuff. I think that before that, nobody knew what happened, and how the old world was at all.

From wikipedia: America 3000 is a 1986 post-apocalyptic science-fiction cult film which takes place 900 years in the future in Colorado. Mankind has been reduced to Stone Age conditions and is under the rule of Amazon-like women warriors. The film was directed by David Engelbach, and stars Chuck Wagner, Laurene Landon, and William Wallace. 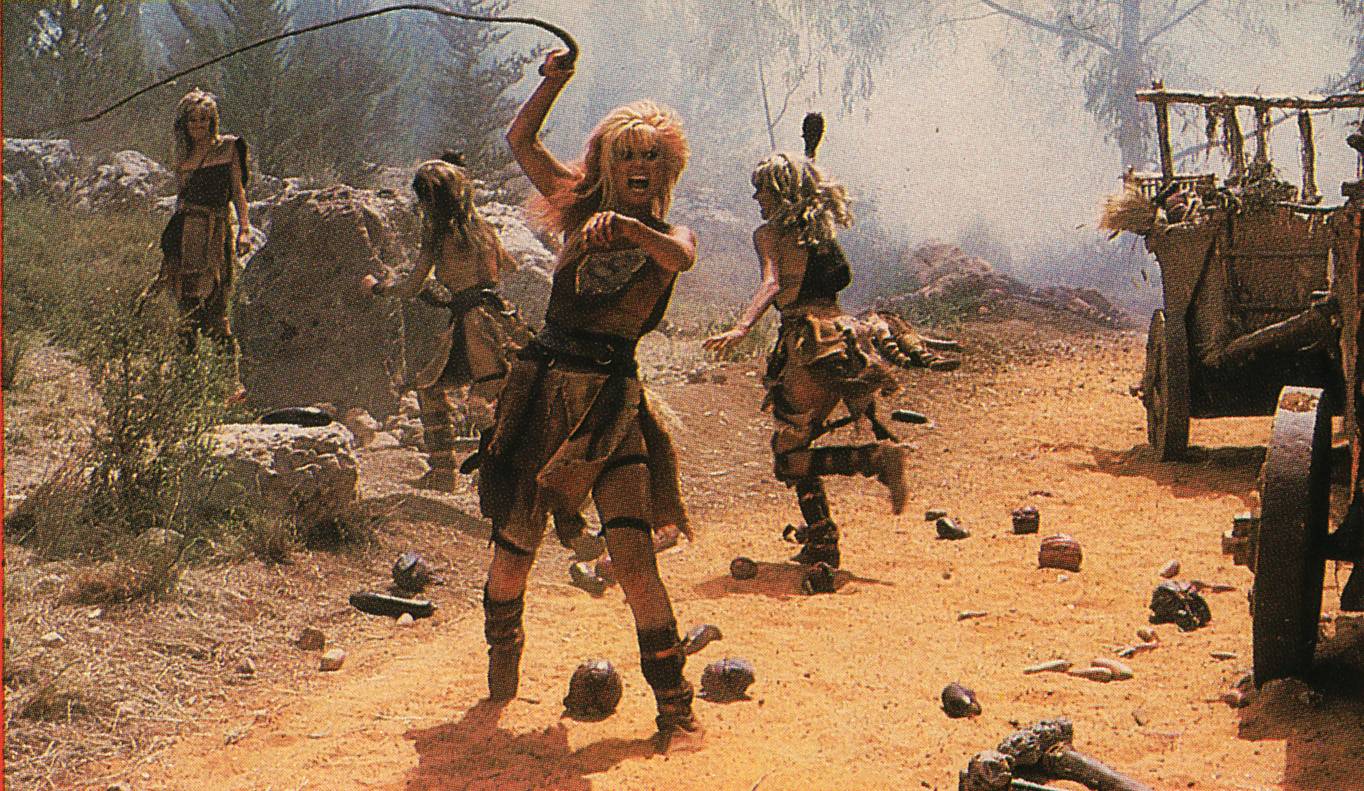 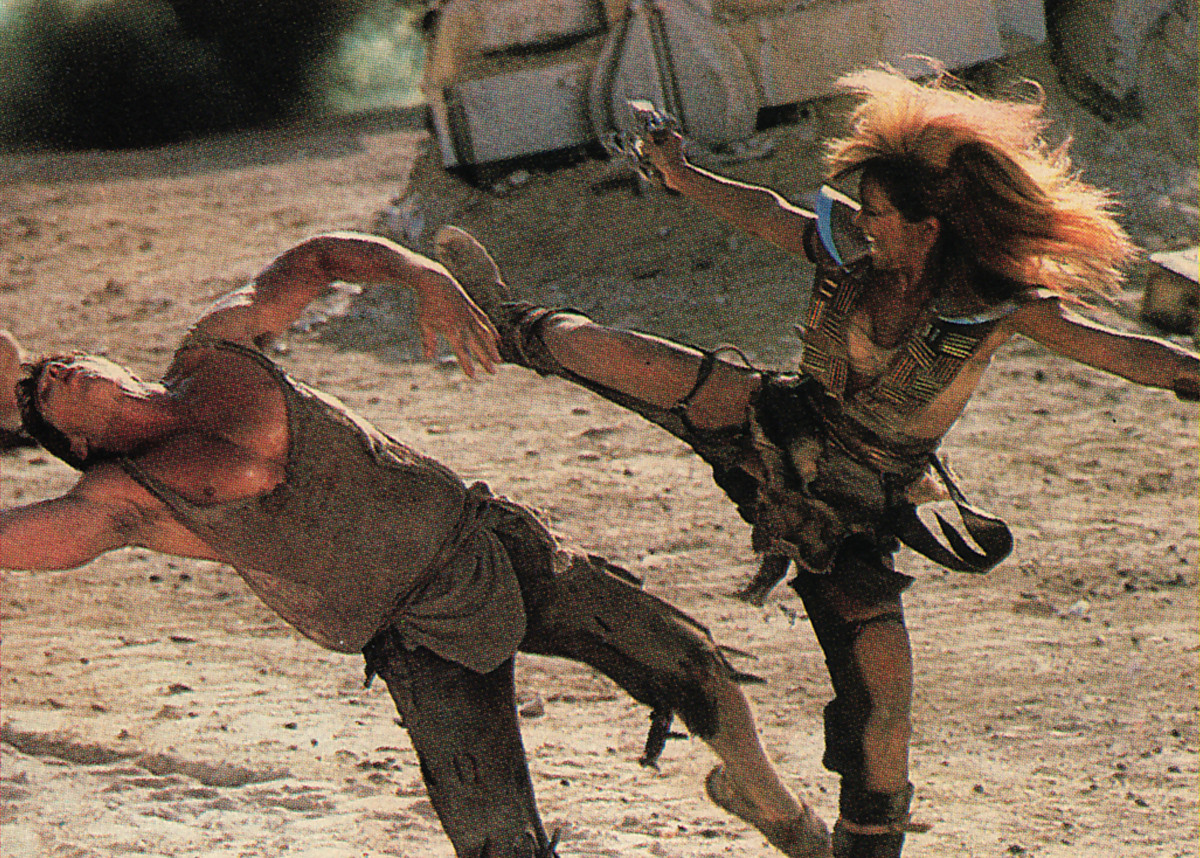 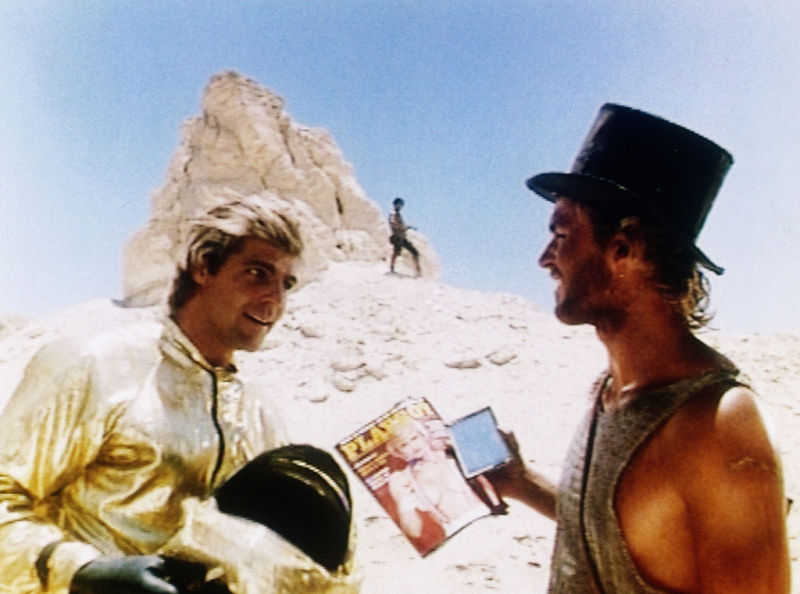 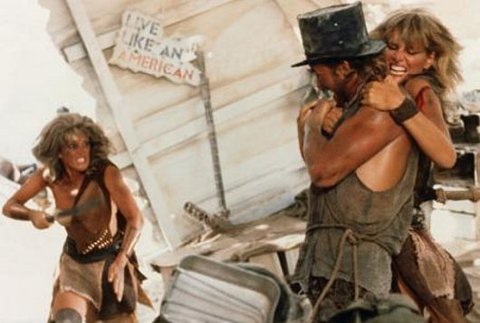 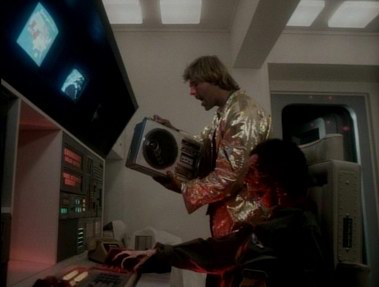 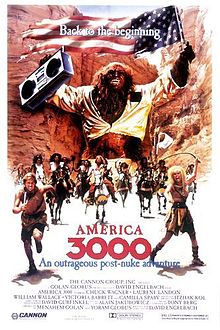