What is the faint and distant signal?

Early during his stay on prehistoric Earth, Ford Prefect receives a faint and distant signal through his Sub-Etha Sens-o-matic:

Nevertheless, Ford Prefect began to use his Sub-Etha Sens-O-Matic more often again. Only once did he pick up a signal, but that was so faint and from such enormous distance that it depressed him more than the silence that had otherwise continued unbroken.

~ The Restaurant at the End of the Universe

Is the origin of this signal ever adequately explored?

The canon quote is;

Nevertheless, Ford Prefect began to use his Sub-Etha Sens-O-Matic more often again. Only once did he pick up a signal, but that was so faint and from such enormous distance that it depressed him more than the silence that had otherwise continued unbroken.

Ford is trapped on the Golgafrincham's new colony world (AKA Earth) and is very keen to get back to the more civilised parts of the galaxy. The distant signal he detects could be anything but from a writer's standpoint it serves to emphasise how far Earth is from the 'shipping lanes' and how remote his chances of being rescued using his "electric thumb".

Don't forget, it took him over 15 years to get rescued the last time and it was only due to a Vogon fleet turning up in his lap. 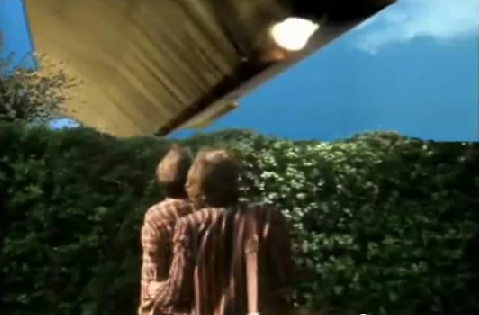 This signal could have been a result of the very short visit of Wowbagger The Infinitely Prolonged who dropped in to insult Arthur and then immediately left.

19
What are the worst forms of poetry in the universe?
15
What does 'And Another Thing...' add to The Hitchhiker's Guide to the Galaxy?
11
How does the content differ between radio and book versions of The Hitchhikers Guide?
12
Eccentrica Gallumbits and Earth
17
What the zark is this all about?
14
What is the range of effect for the Infinite Improbability Drive?
15
What happened between Twelfth and Thirteenth?
4
What is the name of the ID card in "Mostly Harmless"?
2
What is the original 42 quote/joke?