Can anyone wield a Green Lantern ring?

Green Lantern power rings are based on concentration and focus, and the Green Lanterns themselves are famously chosen for their ability "to overcome great fear." Is that because using the ring is an especially difficult thing to do, or just because that's a good thing to have in a soldier (especially when you'll be fighting Yellow Lanterns)? We know it takes training to be able to shape the light from the ring with your mind, but assuming they had that training, would anyone be able to use it?

Put another way, is the rigorous selection process for the Lantern Corps because only certain candidates are capable of serving, or is it just because, when you're handing out the most powerful weapon in the universe, handing it to the wrong person could be disastrous?

Yes, but the wielder needs to have a high level of willpower.

In Green Lantern: Rebirth, Green Arrow is able to use the power ring, but with great exertion: 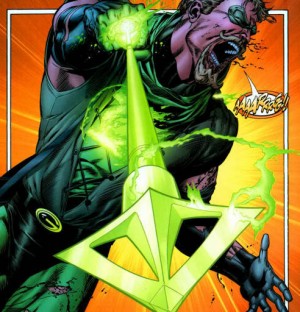 Using a Green Lantern ring is requires two things: great willpower and the ability to overcome great fear. Willpower is the 'emotion' (using the term loosely) that powers the Green Light of the emotional spectrum, from which the rings draw their power. The wielder's willpower is channeled through the ring and made manifest. This obviously requires you to have significant willpower: more will translates into a more powerful construct.

The second part, overcoming great fear, is heavily implied to be something the Guardians built into the rings. In the previous continuity (before New52) Parallax, the Incarnation of the Yellow Light of Fear, had been stored in the Green Central Power Battery, giving the green rings a weakness to yellow. This weakness also meant that a Green Lantern, if afraid, would be vulnerable to Parallax. Therefore, the Guardians built in a test - each time you use the ring, you must overcome your greatest fear.

Batman tried Jordan's ring once. It ended badly for him: 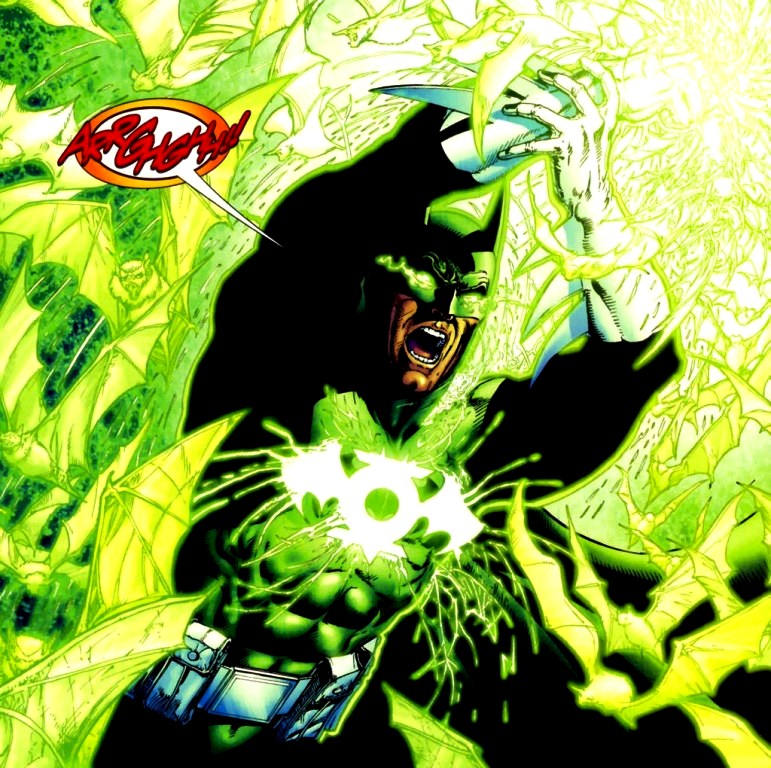 That said, so long as you have a sufficiency of the relevant emotion (Rage, Avarice, Fear, Will, Hope, Compassion, Love) and a tool which channels that power (* Lantern rings or the Indigo tribe's staffs) you can use the tool to create constructs. Any given channeling tool could have other restrictions built in.

The rings, driven by the Guardians directives, seek out people who have the capability to overcome great fear because the Guardians know that doing so requires great willpower. That, in addition to proximity, is what drives the selection process for Green Lantern rings.

Can anyone wield a ring? Nope

If you're just after someone or something that would be canonically blocked from becoming a Green Lantern, you couldn't go much wronger than Parallax. He's literally "the sentient embodiment of fear" and as such would be totally unable to use a Green Lantern ring.

In addition to having wide access to multiple green rings and being trapped inside the "green matrix" for over a billion years, he remains totally unable to use that power to escape. 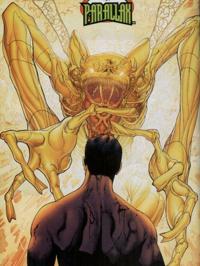 In "Justice League of America" #11, Wonder Woman briefly uses the ring, but it was with GL's "permission".

In JLA #14 The Atom does so as well, but GL is unconscious at the time.

21
Why doesn't Batman seek out a Yellow Lantern ring?
-2
Can a veteran martial artist with yellow skin beat Hal Jordan?